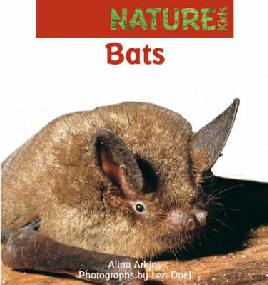 , opens a new windowThese bats are the only native land mammals in New Zealand. There was a third species of bat, the greater short-tailed bat, which could be found on an island off Stewart Island. No sightings of it have been made since 1967 and it probably became extinct after rats became established there. Because the bats are active only at night, and only in native bush, few New Zealanders have seen them.

The lesser short-tailed bat is the more endangered bat. It is found in only a few places around New Zealand, although a new colony was found in Fiordland in 1997. It weighs about 11-16 grams, and is a golden-brown colour. It has a wingspan of 28-29 cm, but is able to fly at speeds of up to 60 kilometres per hour, sometimes covering up to 30-40 kilometres in one night.

The short-tailed bat has adapted to hunting on the ground, using its strong front limbs to help it move around the forest floor, feeding on insects, fruit, nectar and pollen. However this hunting style has made it easy prey for cats, rats and other predators.

Both bats roost in hollow trees not caves. The long-tailed bats spend each night in a different roost, and must transport their young from one to another.

The bats use echo-location to find their way round at night and for hunting. They send out sounds, too high-pitched for human ears, which bounce back to them off objects in their flight path. Researchers are now able to detect these sounds, and are also able to attach tiny transmitters on a bat's back so that the bat's movements can be tracked.

Numbers of both bat species have been threatened by the impact of humans on their habitats, with the clearing of forested areas for farmland, and the introduction of predators.