Commemorative services often begin before dawn with a march by returned and service personnel to the local war memorial, where they are joined by other members of the community for the Dawn Service.

25 April 2015 also marks a hundred years since Gallipoli. The Australian and New Zealand Army Corps (ANZAC) troops first landed on the beaches of the Gallipoli Peninsula, in Turkey on 25 April 1915. 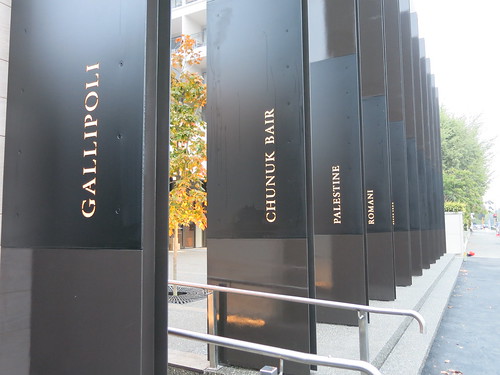 Check our library hours over Anzac weekend. All libraries are closed on Saturday 25 April, but open as normal on Sunday 26 April. On Monday 27 April, Linwood, Papanui and South Libraries and our telephone service 941 7923 will be open from 10am to 4pm. All other libraries will remain closed.

The following information is from the Christchurch City Council community events page.

The dawn service will be held in Cranmer Square.

Mayor Lianne Dalziel will lay a wreath on behalf of the citizens of Christchurch.

Organised by Christchurch City Council in conjunction with ChristChurch Cathedral and the RSA. It will be attended by representatives of the Defence Force, Consular Corps and various Christchurch youth groups.

The Canterbury Province Field in Cranmer Square will contain 632 crosses commemorating the men and women of Christchurch who died in 1915. The Fields of Remembrance Trust has researched the names of men and women from each region who died on active service in 1915 and subsequent years. Download the list of names for Canterbury 1915, opens a new window [103KB PDF]

See our photos of the new Christchurch RSA building on Armagh Street, officially opened on 27 March 2015. 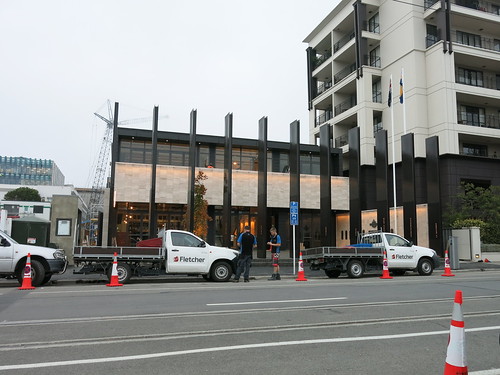