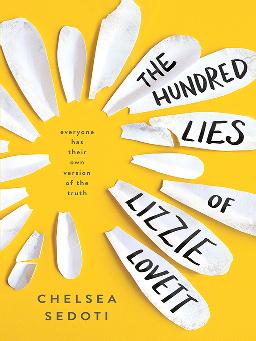 What Happened to Lizzie Lovett?  A mystery that Christchurch City Libraries borrowers can unravel by participating in the world’s largest global eBook reading club Big Library Read from OverDrive.

Chelsea Sedoti’s debut young adult novel, The Hundred Lies of Lizzie Lovett, has been selected as the featured title for millions of readers around the world to read at the same time beginning Thursday, October 12 and concluding October 26.

The Hundred Lies of Lizzie Lovett

This title is also available as an eAudiobook.

The Hundred Lies of Lizzie Lovett

Popular girl Lizzie Lovett’s disappearance is the only fascinating mystery her sleepy town has ever had.

Hawthorn has her own theory about Lizzie’s disappearance. And what better way to collect evidence than to immerse herself in Lizzie’s life? Like getting a job at the diner where Lizzie worked and hanging out with Lizzie’s boyfriend. After all, it’s not as if he killed her- or did he?

Told with a unique voice that is both hilarious and heart-wrenching, Hawthorn’s quest for proof may uncover the greatest truth is within herself.