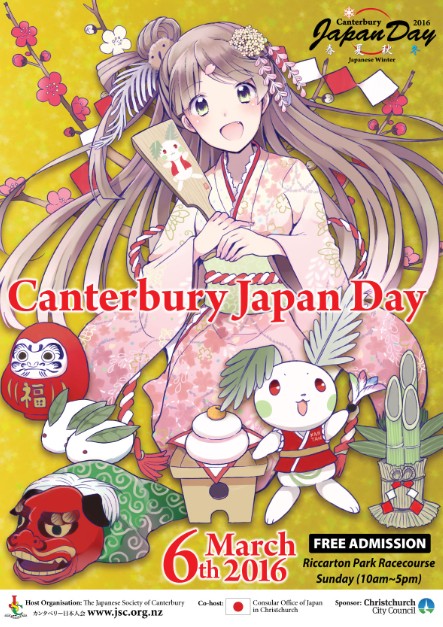 Canterbury Japan Day is an annual event organised by The Japanese Society of Canterbury with the aim of sharing authentic Japanese culture with Cantabrians.

In 2016 it will take place from 10am to 5pm on Sunday 6 March at Riccarton Park Function Centre, Riccarton Racecourse.

The feature attraction will be the demonstration of traditional Japanese Winter New Year and “the Cool Japan”; including Japanese anime and cosplay.

The history of Canterbury Japan Day

Canterbury Japan Day proved very popular and has become an annual event, attracting about 20,000 visitors in 2014.