I have to confess that I had never heard of Harry Giles before this assignment, but I was intrigued and curious. 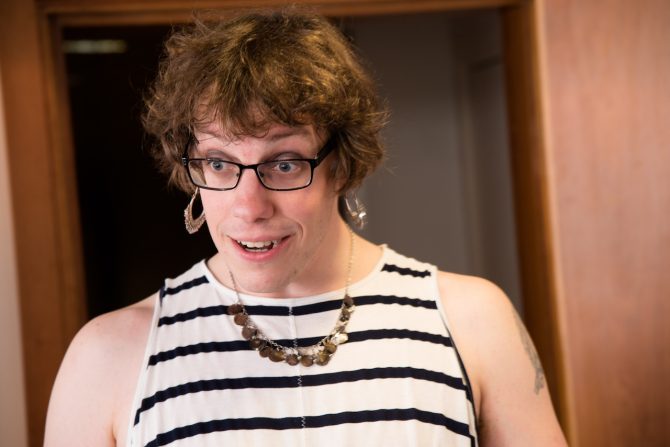 Harry Josephine Giles is from Orkney, Scotland, and is a writer and performer. They have lived on four islands, each larger than the last. They trained in Theatre Directing (MA with Merit, East 15 Acting School, 2010) and Sustainable Development (MA 1st Class, University of St Andrews, 2009) and their work generally happens in the crunchy places where performance and politics get muddled up.

You can go to Harry's fulsome website if you wish to delve more deeply into their work but, as a precursor to the event, I will give you an overview.

I like Harry's "mission statement" (my quotation marks): "My work is about what it feels like to live under capitalism, and how to survive and resist in a violent world." I think many of us realise that capitalism is a flawed, if not failing, system for human beings. If Kylie Jenner can wipe $US1.3 billion off the share market value of the social media app, Snapchat, just by tweeting that she doesn't use it any more, then clearly capitalism is ridiculous. If CEOs of major global corporations can earn many hundreds of times more than their workers, then clearly capitalism is amoral. And evidence of the violent tendencies of the human animal are widespread.

Harry is a very busy artist. They are all over many different media for conveying their art; poetry, video, installation and the internet being some of the ways Harry explores ideas and makes art.

Our catalogue doesn't contain any of Harry's work at present, but they have written this interesting piece about stone-hearted people called The Stoneheart Problem, opens a new window and you can watch, opens a new window and listen to Harry Giles read from their debut poetry collection,  Tonguit  Filmed at the Scottish Poetry Library, Harry reads Poem in which nouns, verbs and adjectives have been replaced by entries from the Wikipedia page List of Fantasy Worlds.

So I'm looking forward to hearing and seeing how Harry Giles critiques life in the modern world and reporting back to you, gentle reader.