If you loved reading or watching the British Land Girls' series, try this perspective from 'down under.' 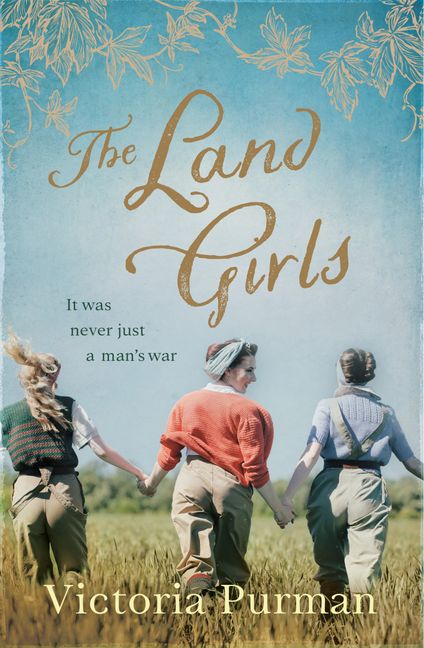 Told with real feeling, The Land Girls is the story of a group of young women who come together from all over Australia during World War Two to serve the war effort, in the Australian Women's Land Army.

Taking action instead of living with the fear of imminent attack and constant worry about loved ones serving overseas, around 6000 women answered the call for replacement manual labour on Australia's farms.

The war came pretty close to Australia with fighting in New Guinea and to New Zealand, where Japanese submarines where a definite threat.

Flora thinks she's past her use-by date, having spent her best years taking care of her brothers and spending her evenings knitting socks for the troops. She trades in an office job where her staff management skills are exploited for the biggest adventure of her life.

Betty is a shop girl at Woolworths. Increasingly afraid of practice air raids and sick of constant rumours of an imminent attack on Melbourne. Heartbroken at the approach of her best friend Michael's eighteenth birthday, when he will enlist, she decides to join the AWLA for the duration.

A failure at secretarial school, Lillian is the least likely to volunteer for a dirty job in the open air. Sick of living in the shadow of her sister, already overseas serving in the WAFs, this is an opportunity for the second daughter of a well-off Adelaide family to get out from under their oppressive control.

Published this year to wide acclaim, this is Australian author Victoria Purman's (The Last of the Bonegilla Girls) fourth book.

A stand-alone novel, The Land Girls also takes readers to Bonegilla, but at an earlier time.

Purman has done her homework - the book convincingly portrays the time, atmosphere and experience of the war years for those at home - an era my own Mum grew up in.

My Mum, Ruth, was living in Bath, England. The war was on her doorstep, too - her home was bombed. Mum enjoyed this story, though she was too young at the time for the heartfelt partings of young couples - who really were just eighteen.

If you loved this one, Victoria Purman's next book is out later this year and set in the post-war period: The Women's pages.