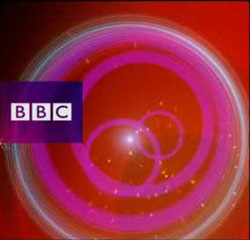 When I lived in the UK as long as there was not a Tube delay due to “man under train”, bomb threats, mechanical failure or leaves on the tracks I would normally watch the BBC news. I would just get in the door in time for the familiar Beep, Beep, Beep which always comes just before the start of the news. I loved the BBC news as it was my time to collapse after work and the presenters would soothe me with their proper pronunciation, quality news reporting and interesting television. To me the BBC has succeeded in its royal charter where it must - "inform, educate and entertain".

There can be no denying that as well as news the BBC has produced some amazing television over the years and we are now in a position to gather together some of its most viewed documentaries in one place with the BBC Video Collection. So far I have set up a personal account so I can create a playlist which includes Sister Wendy’s Grand Tour and Terry Jones' Barbarians. This quick list I made will guarantee that as the evenings get darker and colder I will not be reduced to watching dating or cooking shows on our own TV networks. If history is not your thing, do not despair as there are titles on engineering, music, health, business and science and a multitude of other interests. All you need to do is search, watch and relax. If Christchurch traffic tests your nerve endings much like the Tube did mine then you too can escape into the world of the BBC.