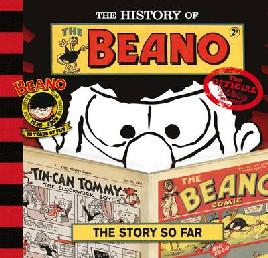 Did you read comics when you were young?

I'm English and grew up on this one. If you enjoyed The Beano in your younger years, or are young now, you'll get a laugh out of this annual. Many of the classic characters are still there - such as Dennis the Menace (and his dog Gnasher), The Bash Street Kids, Bananaman, Roger the Dodger and Minnie the Minx.

The old favourites look ever so slightly different, as some have been drawn by new artists. The stories are up to date with modern technology, media and language, but the essence of the old Beano remains.

Christchurch City Libraries also hold a really interesting History of The Beano which tells how Gnasher first arrived (then mysteriously disappears) in Beanotown. A must for purists. 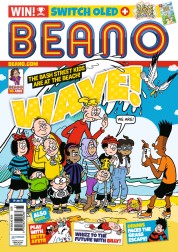 And did you know, you can also view the latest weekly issues of The Beano on PressReader? The last three months are available - just sign in with your library card number and password.

I also discovered Blimey! a blog on British comics.

The History of The Beano