When you read Devin Murphy's immersive coming of age novel The Boat Runner, you are carried away into a world where doing the morally right thing no longer seems so straight forward. 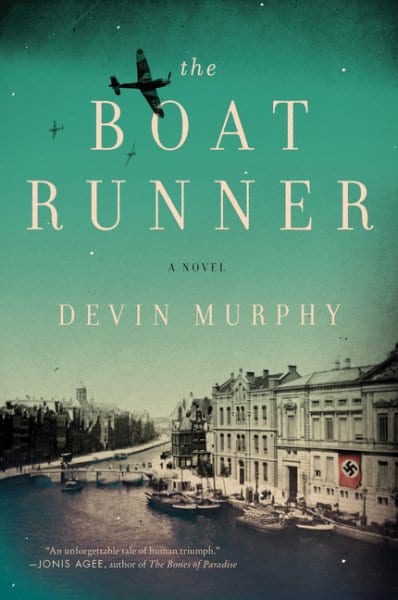 Devin Murphy spent eight years working on this debut novel, inspired by his own and his wife's family history. He draws on the stories of the war he heard as a child, and his own personal experiences as a young man exploring the oceans. He also incorporates his struggles to find his own purpose.

Devin's love of storytelling means he describes those little details that make you feel you are actually there.

Exploring the moral perspectives of the Dutch and German boys thrust into the campaign, we see events through the eyes of 14 year old Jacob Koopman. Jacob's story in the novel exposes how people came to accept the German invasion and the propaganda of the times, and how morally complex those dark days were.

The book shows a young naive man striving to determine his own path when war threatens and family values are being reexamined. In his search to do what is right, he has to reexamine how he sees his family and what it means to be human. The novel traverses the pre-war days of the Hitler Youth Camps and the build up towards war.

As war erupts, Jacob is quickly thrust into events beyond his comprehension, and we learn the story of the young Dutch boys thrust into the German war machine. It is a fast-moving tale of boyhood, honour, and bravery - tempered by painful realization of the horrors of war and the story builds toward the decision which changes the path of his life forever.