In The Wife's tale, Guardian journalist Aida Edemariam recounts the life of her grandmother Yetemegnu, an indomitable woman who lived through the most extraordinary century in Ethiopia's history. 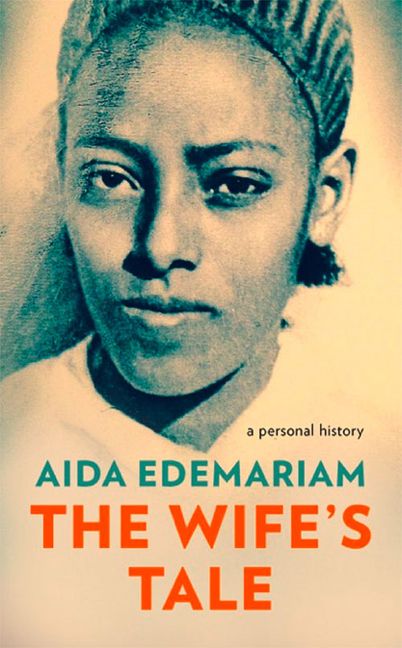 Edemariam first introduces readers to Yetemegnu on the day of her wedding, when she is just eight years old. Barely aware of the vows she is making, Yetemegnu is being married to Tsega, an ambitious priest more than two decades her senior. Over the next thirty years, Tsega is varyingly tender and brutal to his wife - a tyrant who beats her when she returns home from merely buying food, and a father who..

‘…when I was a child braided my hair.
Trimming the rough edges, teaching me manners.
My husband who raised me’

Edemariam heartbreakingly evokes Yetemegnu’s secluded marriage, (as a child bride and a clergyman's wife), and her difficult motherhood which consisted of ten births, infant deaths, and difficult partings to give her children a better future. Edemariam brings her grandmother's voice to life with vivid descriptions of her daily routine, observations of the world around her, and her prayers offered to the Virgin Mary. Edemariam's narrative is  filled with rich prose that perfectly evokes her grandmother's life, such as:

“The dry season wore on… Wild figs darkened in the trees. The peaches mellowed.”

Edemariam also gives a fascinating and unique perspective into the events of the time. Born over a century ago, Yetemegnu lived well into her nineties and bore witness to the 1930s Italian occupation as well as famines, revolutions, and political coups. She vividly recounts events such as Yetemegnu fleeing her city during allied bombardment, her audiences with Emperor Haile Selassie to defend and avenge her husband; and her battles in a male dominated court to protect her property rights. With a housewife's unique perspective, Yetemegnu also bore witness to economic and educational changes, as well as the huge changes in culture and attitude Yetemegnu herself had to struggle to understand.

Edemariam's distinctive narrative manages to delve not only into the mind of her grandmother, but also into the rich history and culture which surrounded her. Elegant, and superbly researched, ‘The Wife's Tale’ is both a rich panoroma of 19th century Ethiopia, and an inspiring tribute to the courage and importance of seemingly ordinary wives like Yetemegnu.