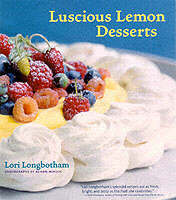 Dessert is my favourite thing about going out for dinner, but somehow the fates (usually in the form of fractious children) always seem to conspire against me. On the rare occasions that we do go out, more often than not, we end up having to go home without desert.

The absolute worst meal out was the time Mr K and I were invited out by The Boss. It was the first time we'd been out sans kids since Miss Missy arrived in our lives (would it sadden you to know that she was 2?). Herculean efforts had gone into arranging a babysitter and negotiating sober transportation. You'd think since we had no kids I'd have a good chance of getting dessert, wouldn't you? Well, think again!

I'm vegetarian, so my menu options tend to be a little limited. On this occasion, I was pleased to see that I could order a pizza...that is, until I realised that at this restaurant "pizza" actually meant "oversized-cracker-with-a-smear-of-sauce-and-a-meagre-sprinkling-of-cheese." It wasn't exactly unpalatable, but it certainly wasn't satisfying! Towards the end of our meal Mrs Boss suggested we order coffee, which sounded fine until she said with finality "Since we're having coffee, we won't want dessert." 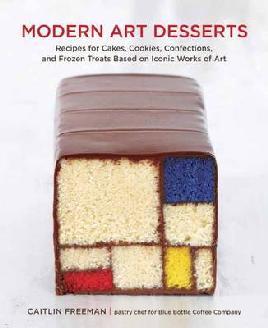 Say what!? Since when does "let's order coffee" mean the same thing as "let's not order dessert" ?? Like I said: Worst. Meal. Ever. (Except the time I had a caterpillar in my dinner, and then got charged for it...but that's another story!)

I was thinking the other day that fancy dinners without dessert are rather like books with bad endings. Even if the dinner was delicious (or the book was great) if there's no dessert at the end of it, you just don't feel satisfied.

I have just finished reading three books in a row with endings that I found completely unsatisfying. One was too ambiguous, one made a horrid character even worse, and one was just so sad. This got me thinking about conclusions and how important it is for authors to get them right.

, opens a new windowFor me, the literary equivalent of "cracker-pizza-and-no-dessert" is Slow Waltz in Cedar Bend by Robert James Waller. It's been years since I read it, but I can still remember how thoroughly disappointed in the ending I was! We're talking intense-desire-to-hurl-the-book-across-the-room disappointment. I can't really remember much about the story, except that the main character was chasing after the beautiful and exotic Jellie (I couldn't help thinking of a packet of Gregg's Jelly crystals) who had mysteriously disappeared. Except that she hadn't mysteriously disappeared! When he finally finds her, it turns out she'd just gone to India to visit family, just like she did every year! What the heck?! If you're going to write a mystery, you'd think you'd include an actual mystery in it, right? All that suspense, all that build up, and then... no dessert! 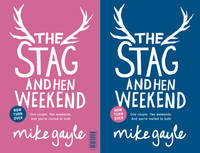 , opens a new windowI had high expectations of Mike Gayle, opens a new window's The Stag and Hen Weekend, opens a new window. I've thoroughly enjoyed his books before, so I was pretty excited when I found it on the shelf. I really liked the way he told two sides of the same story. Helen's friends were rather like a string of paper dolls which I could barely tell apart, but I didn't let that bother me because Helen and Phil were such great characters. Sometimes it's good to read a book about decent, ordinary people, with regular, everyday sorts of problems. Seriously, I could not put it down. I had to know how everything was going to work out in the end. And then... he didn't finish the darn story! I felt sooo ripped off!! This book was a great meal, were the waiter brought me a dessert menu -- and then whipped it right out of my hands. If you like a good love story where everything works out at the end, and the couple who should be together end up together, then don't read this book. It's not that the wrong people end up together, it's that you don't know who ends up together! Mike Gayle himself says he hates ambiguous endings, opens a new window

What's the point of reading all the way through a novel just to be told the ending "might be this or it might be that?"

So tell me, what's on the top of your "books with bad endings" list? Do you agree that the ending makes or breaks a book? I'd love to hear your thoughts.