On Thursday night, I went to a packed auditorium to hear four adventurous women speak about their lives and adventures. Miriama Kamo hosted a korero with Miriam Lancewood, Annabel Langbein, Kaiora Tipene, and Selina Tusitala Marsh. 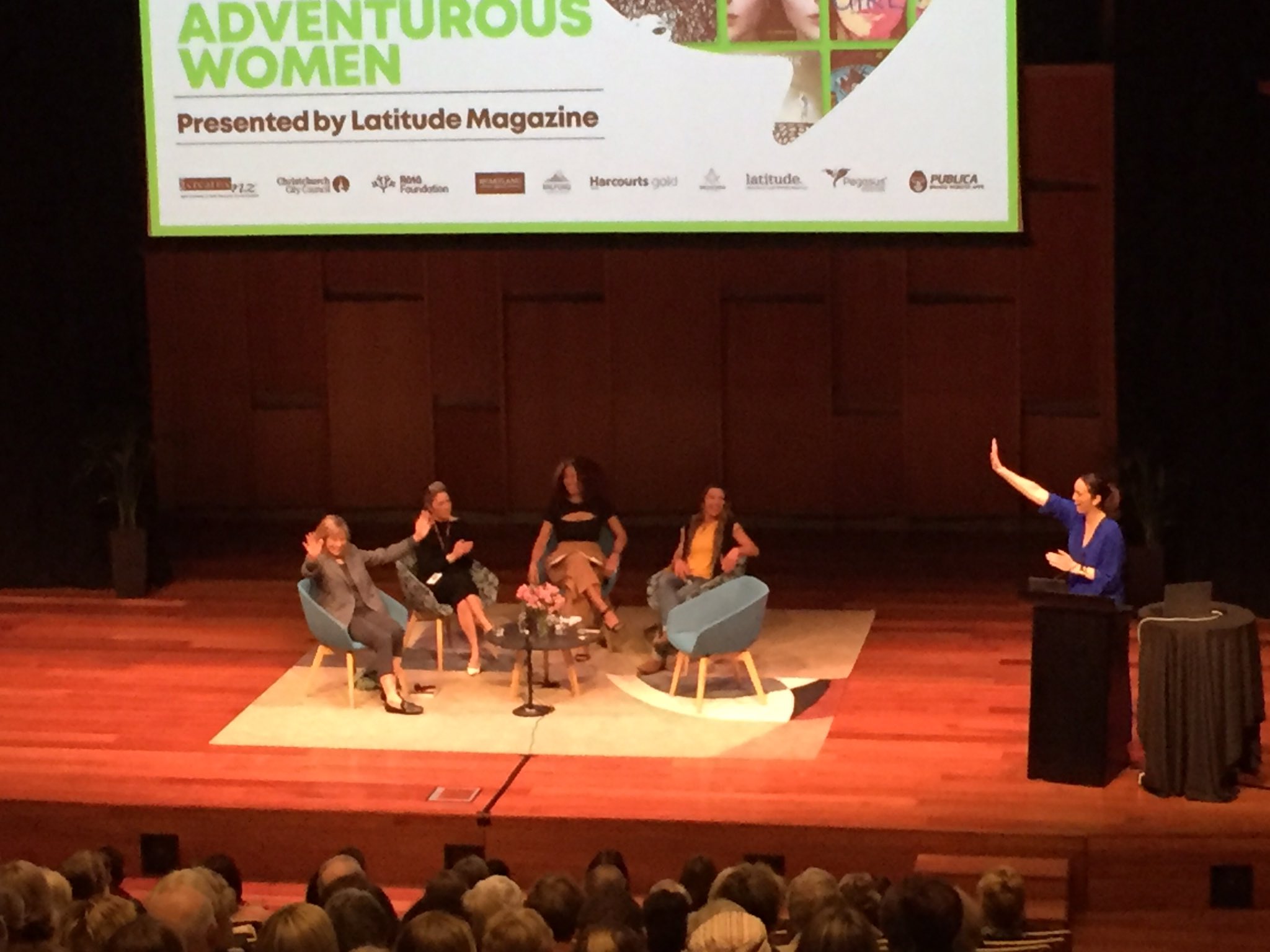 Miriam Lancewood talked about her and her husband’s decision to live off the land, simply, surviving on what the two of them can gather with their own hands. Underscoring the fact that adventure can be “traditional” or take other forms, such as financial or social, she talked about how her family was incredibly intentional about their decision to trade financial and social security for a sense of freedom from possessions and pressures. She finds her freedom in exploring and in reacting. She discusses all this and more in her book Woman in the Wilderness

Woman in the Wilderness

Annabel Langbein also spent some time living off the land, delivering side-splittingly funny tales of how she got to that point. Though she loved it, the loneliness of that lifestyle is what led her to experimenting with food and cooking which is what she is now known for. She documents this journey in her new book Bella: My Life in Food

Bella: My Life in Food

Kaiora Tipene discussed her early life in the far north and how she came to be a funeral director. She finds it to be an incomparable honour to be allowed into families’ lives at some of their most vulnerable moments. Becoming a funeral director while raising five boys would be hard enough, but she says that her real adventure came when she agreed to let Netflix film a special about her life. She and her husband wrote a book about these adventures: Life as a Casketeer

Selina Tusitala-Marsh talked about her accidental path to adding “illustrator” to her long and varied list of accomplishments. She wrote her graphic novel Mophead as merely an exercise. She happened to show it to someone who immediately wanted to publish it. She has been gratified by its success and has written a sequel to be published this year, Mophead Tu: the Queen’s Poem

As Miriama Kamo pointed out, the adventure that all the spectators undertook was planning to go to an event in a sold-out auditorium. That we were able to do this safely is something that almost no one in the world can do in 2020. For that alone, this participant was exceedingly grateful.