, Jacqueline L. Longe, project editor. This e-book is one of our e-Resources.
Access this with your library card number and PIN, or at our libraries.

Acupuncture
Involves the use of sharp, thin needles that are inserted in the body at very specific points to adjust and alter the body's energy flow into healthier patterns. Origins: Traditional Chinese medicine.
Acupressure
In acupressure, the same points on the body are used as in acupuncture, but are stimulated with finger pressure instead of with the insertion of needles. Origins: Traditional Chinese medicine.
Alexander technique
Alexander technique is an educational process by which the student is taught to identify and change tension-causing postures and movements to restore freedom and expression to the body and clear thinking to the mind. Origins: the originator, Frederick Matthias Alexander, was born in Australia in 1869.
Aromatherapy
The active essential oils of certain plants have physical as well as psychological effects when absorbed into the bloodstream through the skin or inhalation. Origins: most traditional medial systems include aromatherapy. 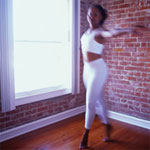 Ayurveda
Utilizes diet, detoxification and purification techniques, herbal and mineral remedies, yoga, breathing exercises, meditation, and massage therapy as holistic healing methods. Origins: Traditional Indian medicine.
Biofeedback
Sensors are placed on the body to monitor physical reactions to stressors. Using this information the patient can learn to control their responses to them and therefore their symptoms. Origins: 20th century science.
Chelation therapy
"An intravenous treatment designed to bind heavy metals in the body in order to treat heavy metal toxicity." (Chelation Therapy.Judith TurnerandTeresa Odle.Gale Encyclopedia of Alternative Medicine.Ed.Jacqueline Longe.Vol.1.2nded.Detroit:Gale,2005.p418-420.) Origins: 20th century science.
Chinese medicine
Traditional Chinese medicine is based around concepts of balancing the yin and yang (positive and negative forces) and qi (energy) in the body, through a system of meridians (energy pathways) which join the major organs and the body in general to the universe. It utilises the meridians in acupuncture and acupressure, moxibustion, herbal and dietary therapies and massage.
Chiropractic
Chiropractic therapy seeks to remove obstructions to the body's ability to self-heal caused by the spine's being out of alignment which affects the nervous system. Origins: Daniel D. Palmer is the founder of modern chiropractic theory, dating back to the 1890s, however many traditional systems include spinal manipulation.
Detoxification
Detoxification is based on the idea that illness can be caused by the build up of toxins in the body and therefore reducing or eliminating these will bring health. Treatments are usually dietary and may include fasting and/or herbal supplements. Origins: most traditional cultures include detoxification treatments.
Feldenkrais
Feldenkrais is an eduational process whereby students are taught to be aware of their movements and find alternatives to stressful actions and thereby re-educate their nervous system. Origins: Moshe Feldenkrais (19041984) was a Russian-born Israeli.
Herbalism (Western)
Herbal medicine is based on the study of the effects of the chemicals naturally available in various plants. Origins: the Greek physician Hippocrates of the fourth century B.C. is considered the founder of western herbal medicine although modern herbalism may also integrate herbal knowledge from other parts and plants of the world.
Holistic medicine
Holistic medicine works on the philosophy that one must treat the whole person: mental, spiritual, emotional as well as physical. Origins: traditional Indian and Chinese medicine is holistic but pre-scientific western medical traditions also had holistic elements.
Homeopathy
Homeopathy attempts to stimulate the body's healing by using very dilute quantities of an element that causes the same symptoms in healthy people as suffered by the pateint. Origins: founded by German physician Samuel Hahnemann (1755-1843).
(Applied) Kinesiology
Based on the theory that any organ dysfunction is accompanied by a specific muscle weakness and involves the testing of muscles and then treatment. It uses a similar meridian system as used in Chinese medicine, particularly acupuncture. Origins: developed in 1964 by George G. Goodheart, a chiropractor from Detroit, Michigan. 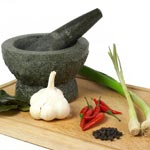 Naturopathy
Natureopathic medicine is a holistic medicine which is based on the theory that it is necessary to remove impediments to health and then the body can heal itself. It uses a variety of techniques including diet, herbalism, exercise, physical manipulation techniques etc. Origins: most traditional medicine has naturopathic elements.
Osteopathy
Like Chiropractic medicine, Osteopaths believe that illness in the body is related to mis-alignment in the musculoskeletal system and use physical manipulation to correct the body's alignment and allow it to self-heal. Origins: founded by Dr. Andrew Taylor in the 1890s.
Polarity therapy
Polarity therapy is based on the belief that all energy in the body is based in electro-magnetic energy and that illness is a symptom of loss of this energy. Treatment to correct energy flows includes forms of massage, movement and yoga-type exercises. Origins: Austrian-American chiropractor, osteopath, and naturopath Randolph Stone (18881981) based his theories on Ayurvedic principles.
Reflexology
Reflexology uses acupressure points on the hands and feet to stimulate the nervous system and blood-flow. Origins: similar concepts exist in ancient Egyptian, Chinese and Incan medicine and more recently were developed in 1890s England by Sir Henry Head.
Yoga
Yoga is a form of exercise in which specific postures are taken and held, building muscle strength, flexibility and stamina and uses breathing and meditation techniques to simultaneously build mental discipline and quiet. Origins: Traditional Indian medicine.

Our health pages provide access to information not advice.
We aim to provide access to current, accurate health information, however we do not assume responsibility for any errors or omissions in published sources and have no control over the conduct of the companies or organisations operating the web sites we link to. For diagnosis, treatment and medication advice you should consult a health practitioner.
Before you disclose any personal information to another site, we advise you to check its terms and conditions, including its privacy and security policies.