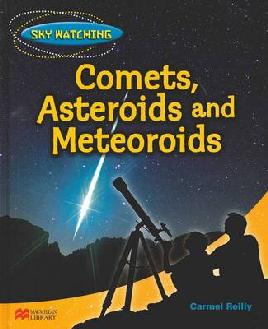 Natural objects which fall to Earth from space are called meteorites. The trail they blaze across the sky is called a meteor. Scientists study meteorites for clues to the formation of the solar system and the origins of life itself. Sometimes meteor sightings are found to be space junk once scientists investigate. What is the difference between a meteor, a meteorite, an asteroid and a comet? on the BBC website is a useful introduction. Te Ara the Encyclopedia of New Zealand has an interesting page on Meteorites in New Zealand.

Space junk or space debris is any artificial rubbish orbiting the Earth. This could be anything from jettisoned rocket stages or satellite fragments down to loosened paint chips. There may be over a million pieces of space junk currently orbiting the Earth. However, all but 9,000 of these are smaller than a tennis ball.

The following resources have information on meteorites, meteors and asteroids: