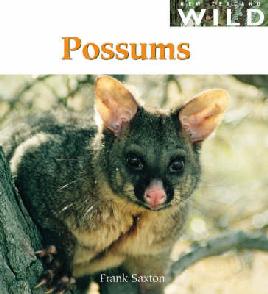 The Australian brush-tailed possum was first introduced to New Zealand in 1837 to establish a fur trade. The species spread rapidly throughout the country and now lives in approximately 92% of the country. Numbers are thought to be around 70 million animals, eating a total of 7 million tonnes of vegetation each year. Conditions in New Zealand are so good (food supply, lack of predators) that possums will often breed twice in one year. It is a marsupial that carries its young in its pouch for the first four months of their lives.

The possum is a nocturnal animal, feeding at night and sleeping during the day. It has very good hearing, sight and smell, and has sharp claws for climbing trees. Its fur is thick and sleek and can be coloured either grey or brown-black. The black possum is usually found in the wetter areas of the West Coast of the South Island, while the grey possums prefer drier places. Until recently numbers were partly controlled by the fur trade, but with the actions of animal rights activists protesting against the wearing of fur, there has been a decline in the trade and an increase in possum numbers.

The impact of the possum on New Zealand's environment has been enormous. As a browser, it feeds on the newest and tastiest vegetation, and when the tree produces new shoots, the possum will browse again on the new growth. After 2 years of browsing, the old leaves fall, and the tree dies. Pohutakawa and rata trees are particularly vulnerable. Project Crimson has been set up to help protect endangered pohutakawa and rata trees.

Some native trees are safe from possum browsing because their chemical makeup produces a taste the possums do not like. Because of this some possum-infested forests may look healthy, but there is no regeneration of the trees browsed by the animals. In time the forests may lose those trees, and some of its all-important bio-diversity (a wide range of different species of plants and animals). There will also be less food for those native birds and animals which rely on the same food source.

Possums compete with native birds for habitat and for food such as insects and berries. They also disturb nesting birds, eat their eggs and chicks and may prey on native land snails. Possums are also transmitters of bovine tuberculosis, a lung disease which can spread through deer and cattle, and which could have a serious effect on our beef, dairy and venison industries

Attempts to control the possum population have been made by poisoning with the toxin 1080. Other moves include research into the reproductive system of possums to find ways of making them sterile and unable to reproduce. Biological controls such as the introduction of a disease which is fatal to possums is also being investigated, but there are other potential dangers in using such a weapon, including the threat to endangered bird life.