Americans love the idea that an ordinary individual can achieve the extra-ordinary - the American Dream! So it's no surprise that American youth were enthralled with the Facebook story when details of its gnarly conception started to emerge. Author Ben Mezrich did well to cater to this interest and capitalize on it early on. In The Accidental Billionaires, he attempts to reveal the behind the scenes creation of Facebook starting at the start - Harvard University. Mezrich was a Harvard student himself, so he has insight into Ivy League culture.

The narrative basically begins around 2003 with brilliant Harvard students Eduardo Saverin and Mark Zuckerberg - supposed social outsiders - were excommunicated from the perfect and polished cliques of Harvard. Eduardo and Mark are depicted as being obsessed with social acceptance (most importantly with girls), which they try to achieve by either getting accepted into exclusive fraternities, or via devious computer creations. 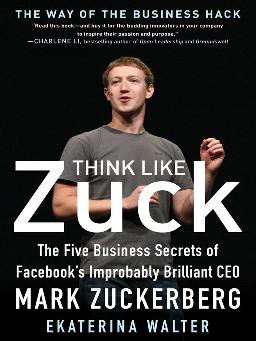 Despite Eduardo having fraternity ambitions, Mark seemed to find it much more thrilling creating contentious computer platforms to allow Harvard students to compare the school's female students against each other and decide who are the most beautiful - a platform known as Facemash, which almost got Zuckerburg kicked out of Harvard due to the rage it provoked among the female student population. And then there was the wee issue of Facemash crashing the Harvard computer interface due to its popularity. Whoops.

Facemash, however, earned Mark a degree of notoriety, upon which two esteemed Harvard athletes approached him for help in building an exclusive Harvard dating site. However, upon working on the dating site, Mark's ideas around social networking evolved, with Saverin helping out with the business side of things. It was all moving toward what would initially become "The Facebook". But, The Facebook was allegedly an adaptation of the athlete's dating site idea. Upsetting the two 6'5 athletic giants greatly.

From here on in there were significant divisions and sneaky tactics, undermining and brinkmanship, all of which makes for very interesting reading. How could it not be, with such a cocktail of competitive individuals vying to control a burgeoning social networking site: venture capitalists, lawyers, sports people, fellow IT geeks and beautiful girls - all trying to get theirs.

What follows is a sad story of legal wrangles and friendship fall-outs which are a bit eye watering. The way the narrative goes has echoes of the Great Gatsby, except the subjects aren't the Nouveau Riche but supposedly the Nouveau Popular. And eventually very Rich. The book has a raciness about it, and this thrusts the reader into the glamorous and clamorous environment of the Harvard fraternity culture.

This book is a bit speculative. One of the primary subjects, Mark Zuckerberg, wasn’t interested in talking to the author. So were left to read between the lines about what really happened. But we don’t like that, do we. As a society we expect people to be more forthcoming with mouth-watering portions of slanderous and scandalous material. So by default, there’s lots of scope for Mr Zuckerberg to be vilified. Which he is. In the absence of his side of the story.

There are some genuine messages to be taken from this read: fickle human nature, success changing people, or bringing out the worst in them. Don’t trust your counterparts upon entering a business relationship with them etc etc. So the story goes ...

The Accidental Billionaires gives insight into competitive American college and business culture. Give it a go. We have the book, eAudiobook, as well as the movie The Social Network which was based on the book.