We occasionally run competitions for kids, teens and adults.

My Fair Lady has now been postponed until 11 to 26 September, instead of the 3 April original opening date. We will still run the competition until 3 April and draw a winner.

Test your My Fair Lady knowledge with a quiz! 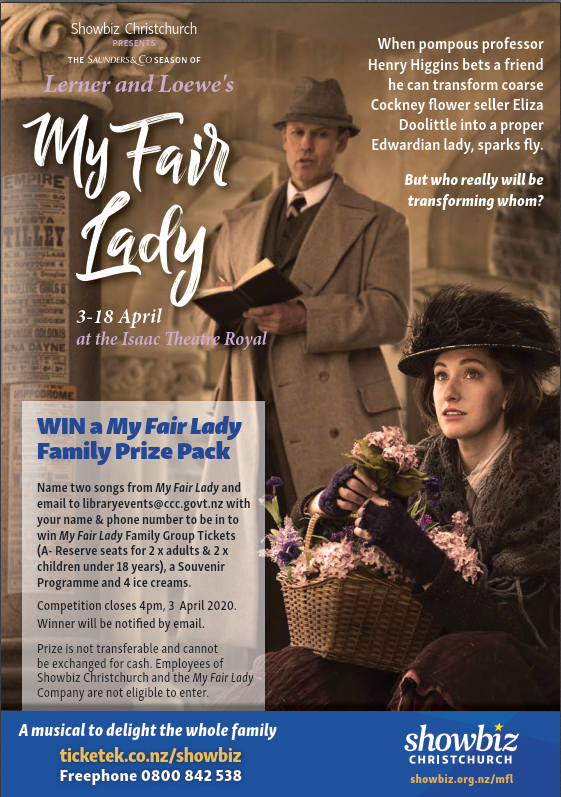 Competition question: "Which of the 3 composers whose work features in this concert was born 250 years ago this year (in 1770)?" The answer, which could be found in the library catalogue, was "Beethoven" (1770-1827). Entries closed on Thursday 12 March at 5pm.

The Summertime Reading Challenge 2019 / 2020 was on from Monday 2 December 2019 to Saturday 29 February 2020. Discover something new and be in to win cool prizes.
View the winners. 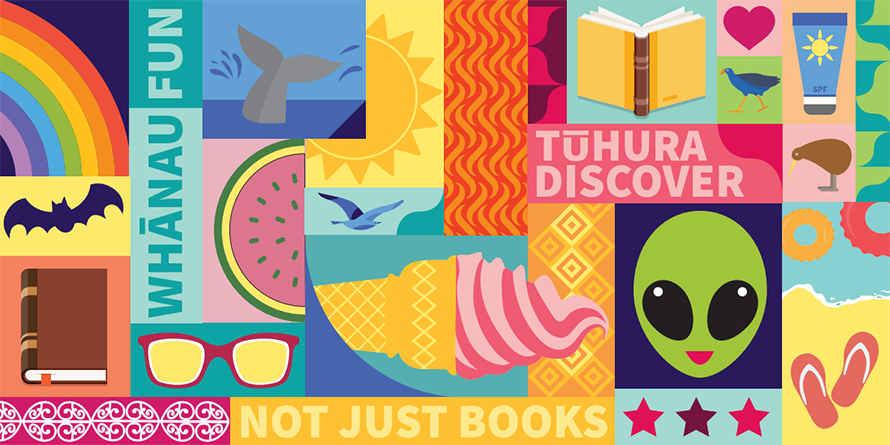 We gave away 2 double passes to the NZSO's concert on Saturday 14 September at the Christchurch Town Hall. The answer to the competition question "What was the composer Rachmaninov's first name?" was "Sergei". Entries closed at 5pm on Thursday 5 September.

NZ Opera's The Barber of Seville

We gave away a double pass to NZ Opera's The Barber of Seville at the Isaac Theatre Royal. Entrants were asked to submit their favourite funny book, TV show or movie. The winner was drawn on Wednesday 31 July.  The winner was Aquila Utami.

We gave away 2 double passes to the NZSO's concert on Thursday 27 June at the Christchurch Town Hall.The answer to the competition question "Which piece of music being performed in this concert was composed by a New Zealander?" was "Angel at Ahipara". Entries closed at 5pm on Wednesday 19 June.

Design a New Brighton-themed bookmark and enter it in our competition!  Pick up an entry form from the library stall at I Love New Brightonopens a new window (Thomson Park, Waitangi Day) and be in to win free enrolment in a library learning centre programme.  We will turn the winning entries into a bamboo bookmark using laser-cutting technology.

Open to the following age groups: 7-12, 13-18 and 19+ years of age.  Find more information including specs for your design and how to enter your design on the entry form at New Brighton Library.

Win one of two double passes to see Jesus Christ Superstar at the Court Theatre. Email uncover@ccc.govt.nz with why you want to win, along with your name and contact details to go in the draw. Competition closes 30 November 2018.

Win one of three double passes to see Mad Hatter's Tea Party at the Isaac Theatre Royal. Email uncover@ccc.govt.nz with why you want to win, along with your name and contact details to go in the draw! Competition closes 30 November 2018.

We gave away 2 double passes to the NZSO's concert on Saturday 17 November at Horncastle Arena. The answer to the competition question "which floor of Tūranga, the new central library, holds the music collection?" Was "Auahatanga | Creativity, Level 4". Entries closed at 5pm on Sunday, 11 November.

We would love photos of people, places over time and events for our annual Christchurch Photo Hunt. Entries open on Monday 1 October and close Wednesday 31 October 2018. Winners in each category were announced on 1 December 2018.

Work together with your friends or family on this fun and creative challenge – just in time for the school holidays! Entries open Monday 17 September and close Sunday 27 October 2018. Re-create your favourite scene from The Nutcracker in a shoebox diorama. Find out more.

Entries closed 5pm Wednesday 22 August. The winners of a double pass each to the concert were Alice Capon and Sarah Bynevelt.

We ran an exciting competition during June and July this year. Express your creativity and be in to win a family pass to The Cat in the Hat at the beautiful Isaac Theatre Royal on Tuesday 9 October! Competition was open from Monday 18 June to 5pm Sunday 29 July 2018. Visit the competition page.

View entries by the winners and finalists. 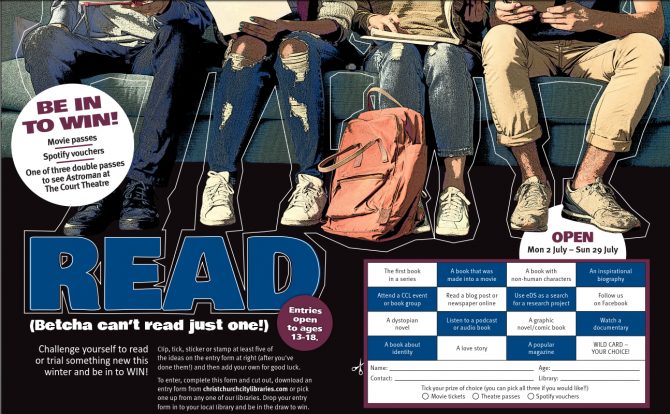 Challenge yourself to read or trial something new this winter and be in to WIN! Clip, tick, sticker, or stamp at least five ideas and then add your own for good luck. Competition opened Monday 2 July and ran until Sunday 29 July. Visit the competition page.

Congratulations to the winners, and thanks to all of you who entered. The Winter Read Challenge generated these hot reading tips from Christchurch teens.

During the month of July, local primary and intermediate students can vote on their favourite names for the digital characters and go in the draw to win prizes, including a real-life interactive robot for their school, with training provided by PBTech, and a class workshop with Imagination Station. Bluetooth speakers from Spark and giant Bookbot wall decals are also up for grabs.

Voting was open to local primary and intermediate students until 31 July 2018 (limited to one entry per student).

Entries closed 5pm Tuesday 5 June. The winners of a double pass each to the concert were Paul Dryden and Claire Berkahn.

Entries closed 5pm Sunday 29 April. The winners of a paperback and a double pass to the movie were Sophia Blake, Barbara Brockie, Joanne Davidson, Heather Gall and Wendy Hay.

Win tickets to Richard Dawkins: Science in the Soul

Win one of three A Reserve double passes to see Science in the Soul! Email uncover@ccc.govt.nz with the title of any book written by Richard Dawkins along with your name and contact details to be in to win!
Friday 11 May, 7.30pm at the Isaac Theatre Royal, Christchurch. Entries closed 5pm Sunday 29 April.
Winners: Warren Lloyd; Stephen Osborne; Rebekah Ayrey

Kids! Do you love puzzles? Find the words in the puzzle in uncover huraina issue 7. One of the words cannot be found! Write this missing word in an email to uncover@ccc.govt.nz along with your name and contact details to be in to win one of the beautiful books shown below. Entries closed 5pm Sunday 29 April.
Winners: Brian Kenneth Comrie; Laura Auld

The answer to the competition question "Which of our Video and Film eResources has a 2004 performance of Gustav Mahler's Symphony No. 5? (as seen in blog post)" was Access Video.

The winners of a double pass each to the concert were:

This competition ran from 18 to 26 January. The winners of a double pass each to the concert were:

From 1 September to 30 October 2017, teens between aged between 13 and 18 years had the chance to tell us what they’d like to see happening in new Central Library and go into the draw for a $100 Westfield voucher. Congratulations to Isla from New Brighton who won the voucher.

Christchurch City Libraries has run a Photo Hunt since 2008. This year’s theme is Plains, Port Hills & Peninsula – Finding our way. Entries opened on Sunday 1 October and closed Tuesday 31 October. We announced the winners on Friday 1 December.

Thanks to the NZSO we had two double passes to give away to library members to the Rachmaninov concert! Congratulations Stephanie and Heidi who are the winners.

Win tickets to DED All Stars vs Northland

The winner of the double pass to a DED All Stars vs Northland bout on Saturday 30th September was Roy Britten who picked his derby name as "Battler Britten".

Open for ages 5 to 18, this competition closed Monday 18 September.

We ran two exciting competitions during June and July 2017 for 10 family passes to The Very Hungry Caterpillar Show at the beautiful Isaac Theatre Royal. 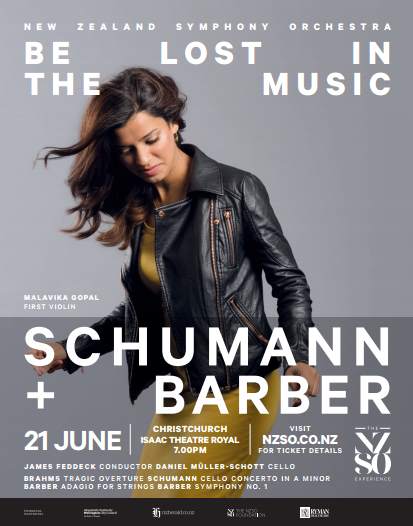 We gave away 2 double passes to the New Zealand Symphony Orchestra's Schumann & Barber concert on 21 June at the Isaac Theatre Royal.

The winners were Susanna and Kyla.

The Cinema Italiano Festival NZ runs from 14 to 25 June at the Academy Gold Cinema at The Colombo. We gave away a double pass to the opening night of the Festival.

This competition closed on 5 June 2017. The winner of the double pass was Esther Hughes.

Read our post featuring the picks of the festival.

What’s your favourite place to read? Tell us, and win three books from HarperCollins New Zealand

We gave away three awesome books kindly supplied by HarperCollins New Zealand. Entries closed 5pm Friday 19 May and a winner will be drawn and announced on Monday 22 May. Steve was the winner.

We are gave away 2 double passes to the New Zealand Symphony Orchestra's Mozart and Beethoven concert on 4 April at Horncastle Arena.

We gave away a double pass to the NZSO and Modern Māori Quartet concert at Horncastle Arena, Friday 3 March at 7pm.

We gave away a double pass to the Pixies concert on Thursday 9 March at Horncastle Arena. D Fernandes was the winner.

Readers from ages 5 to 13 too part in our Summertime Reading Club. They submitted a completed reading passport in a competition that ran from 16 December 2016 to 31 January 2017, with 8 reading related activities to complete in an activities booklet.

Our annual heritage photo competition ran from 1-31 October. Prizes include a tablet or Kobo Glo eReader. Winners were announced 25 November. 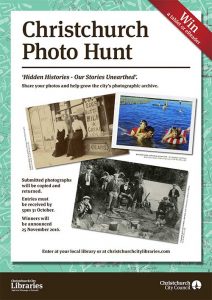 Win tickets to the Church Tour

Find out how to enter in our blog post. Entries closed Wednesday 21 September. Hugh Joughin was the winner. 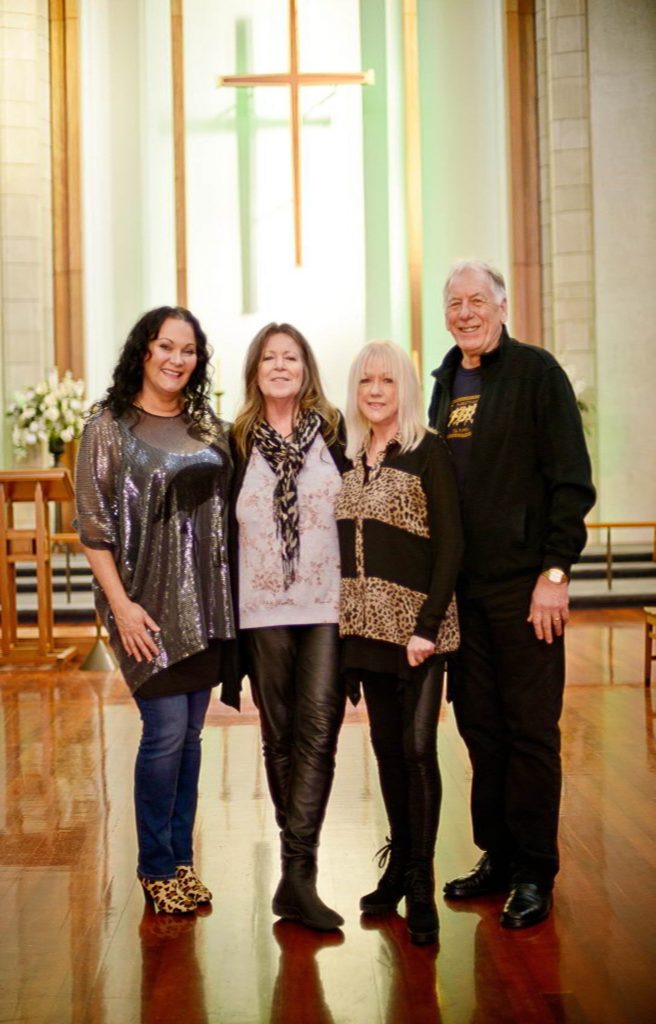 Find out how to enter in our blog post. Entries closed Wednesday 7 September. Jorja was the winner!

Win a double pass to Disney's The BFG

Find out how to enter in our blog post. Entries closed Monday 20 June.

Win a double pass to the Cinema Italiano Festival 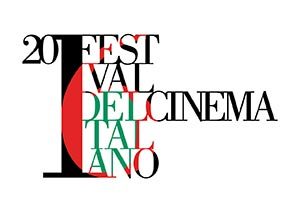 We gave away 2 double passes the Cinema Italiano Festival from 15 to 25 June, for any screening following the opening night.

See our post about the festival for more information.

We invited library members to leave a comment with their suggestion of a great sporting or history read by 5pm Friday 22 April.

The winner of one copy Striking Gold: New Zealand Hockey's Remarkable Victory at the 1976 Olympics was weta1000 who suggested the book Born to run by Christopher McDougall.

Readers aged 0-16 years of age submitted a reading adventure calendar that ran from 18 December to 18 January, with a box for each day to record how long was spent reading. Winners were selected by random draw on 29 January 2016. In each category, first prize is an iPad mini. Runner-up prizes by category are: 0-6 years - books, 7-12 years - pool passes, 13-16 years movie passes.

Dinosaur Footprints: A Story of Discovery was a national touring exhibition brought to you by GNS Science and New Zealand Oil & Gas and supported in Ōtautahi by Christchurch City Libraries. It was on from 14 November to 16 December at Fendalton Library. There was a competition - kids could snap a selfie at the exhibition and upload to social media with the hashtag #dinosinchch and be in to win cool dinosaur LEGO. Here are the winners. 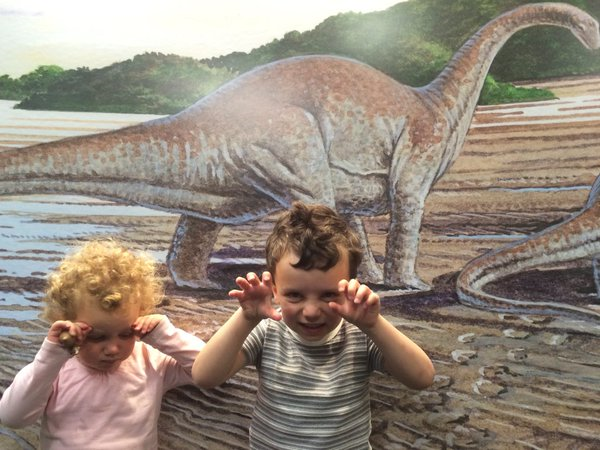 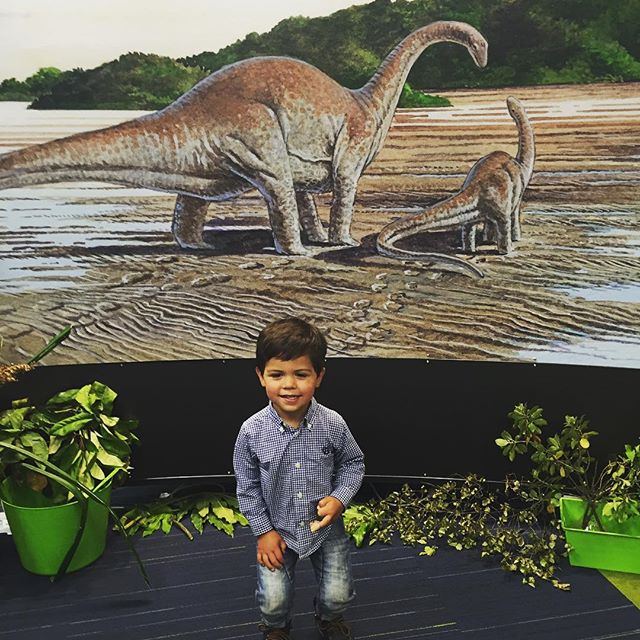 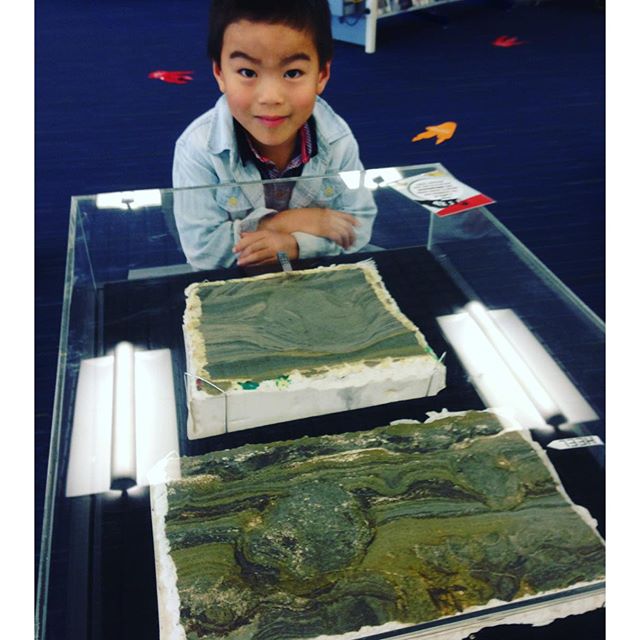 In the spirit of DINOVEMBER, the dinosaurs have come to life at Shirley Library! Come in and check out our display or see our images on Flickr. Bring in a photo to Shirley Library of your dinosaurs doing stuff (with your contact details) and we’ll put your picture up on display and you’ll go into the competition to win some dino-mo prizes. Closed 30 November 2015.

Our Courtney Barnett ticket competition closed 29 October 2015. The winner of the double pass was Rebecca Taekema.

The theme of Christchurch Photo Hunt 2015  is ‘Arrivals and Departures — The journeys that have shaped us’. Take ownership of your city’s heritage, send in some of your old photos to help grow a photographic archive.

Winners in each category (Places, People, Collection) won a Kobo Glow eReader. The prize for overall winner was a tablet. View the winning entries in our Christchurch Photo Hunt 2015 - the winners blog post.

Every Story tells a Picture art comp for teens

Every Story Tells a Picture – Art Competition for teens on the Pulse. Closed 5pm on Friday 31 July 2015.

Win a Kobo Glo eReader on Facebook or our blog. Competitions closed Sunday 21 June 2015.
Find out about the winners. 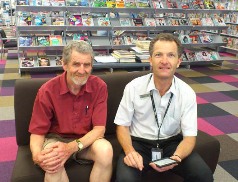