Performance poet Anis Mojgani is coming to town this week courtesy of WORD Christchurch. He is performing at the Wunderbar in Lyttelton on Thursday 17 March, and at the Christchurch Art Gallery on Saturday 19 March. Check out WORD Christchurch's info and get some tickets. Librarians - and fans - Kim and Masha asked Anis some questions, thanks Anis for your fab answers!

You performed in Christchurch at the WORD Festival in 2014 - what impact has visiting the city and its people had on you?

My visit felt pretty impactful on opening me up to a literary community on the other side of the world, both the the work and stories produced by it, and also the people making and supporting such literature, which I've been very grateful for. But also, I had a very strong connection to visiting in 2014. New Zealand felt like a place I would return to and could see myself spending an extended period of time inside of, and still feels as such. A lot of that was definitely connected to being in a city like Christchurch that seemed to be in a period of sorrow and confusion and rebuilding, one similar to my hometown in the wake of its destructive natural disaster. But also, the strange quirky creative patches of Christchurch that I was shown or stumbled upon, spoke to me, as well as being inspiring. And the audiences I had in Christchurch were some of the best I've ever had, terribly kind and inviting, present and excited.

You are from New Orleans, which was devastated by Hurricane Katrina in 2005. What observations or messages would you share with people of Christchurch based on your experience in New Orleans?

I don't know if I'm the best person for such, I haven't lived in New Orleans in a number of years. But being from there, and going there often, as that's where my family still is and is, as Rachael King shared with me the other day, one of the places I would refer to as tūrangawaewae, there was a strong connection to Christchurch I felt because of the disasters in both cities.

When walking through Christchurch in 2014, I was reminded of how confused New Orleans was while in such pain, that it didn't know in what direction it was supposed to move, how to begin rebuilding, what was the right choice. And as I write that sentence, I recognize the same connection in my personal journey over recent years. And as such with both, just to say that 1. when in broken places, sometimes, often, it is important to just get moving. To get out of the rubble, to move debris out of your home, to build again. And then see what to fix and change. To not let the destruction make you fearful of a future or to hinder the decisions that need to be made.

And 2. To use this opportunity for change, to change in good ways and with different patterns, while not forgetting to hold on to the beautiful traditions from before. I think about how it has been challenging for New Orleans, a city so incredibly rich with culture and tradition, to progress and rebuild, while keeping the parts of itself that make it the city that it is. A lot of growth there has threatened to change the city, and not necessarily in good ways. There are definitely people in New Orleans that have used the wake of Katrina to shape the city that may be more in line with the city that they envision it should be––losing and getting rid of people and cultures that they deem undesirable, which is a travesty. So I think of that, but don't want to suggest that a broken thing should only then heal back to the same place it was before. What I loved, utterly LOVED, about Christchurch on my earlier visit, was how people embraced their city and claimed ownership of it by creating these pockets of awesome and weirdness and creative endeavours, to inspire others and to push forward perhaps the possibility of what an additional aspects of their city could grow to embrace. And those things are not what should be lost as the city rebuilds itself but rather invited to the table to participate, perhaps more fully.

What role/influence have libraries and books played in your upbringing? Is there a library you call your favourite (besides yours, which has 17 books).

Huge influence. There was a library called Nix that was about three blocks from our house growing up and was also on the walk home from school, and having one so close was very special. Not to mention memories of my school library, and of course the children's bookstore my mother had when we were growing up. We'd walk there from school usually about half the week, and it was like having a large personal library, combing the shelves for the next thing to open and discover and explore. That was crazy influential, I think in a myriad of ways. Not only the importance of stories and how many different ways there are to share them, but also the feeling one gets from being surrounded by possibility, that here are these shelves to walk between and you have no idea what's between all these covers - it could be anything! And you're allowed to seek that out, you have permission to step into that mystery and many mysteries. So that sense, that feeling of discovery and curiousness is something I feel was fostered from the library and the bookstore.

I don't know if I have a favourite library - the library as a whole in Portland Oregon where I live, is a really great library system that has an incredible selection. And there is a beautiful house of a library in New Orleans, the Latter branch. I love though seeing photos online of libraries that stand out, ones that are so beautiful, like temples designed and built to respect that which they hold. But also ones that are so small and tiny, in the middle of nowhere, that illustrate that even in the emptiest places, there should be a place where a person can go and discover books. 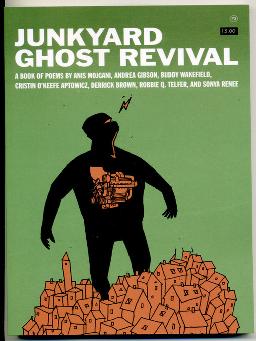 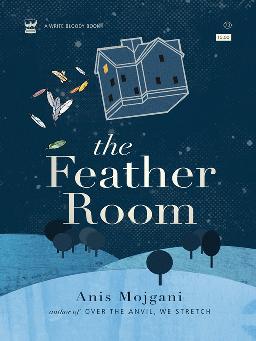 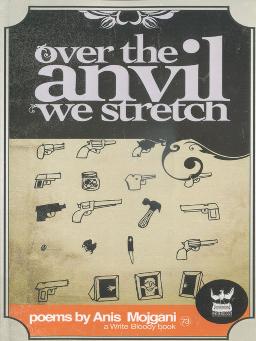 A rumour reached us about your current project, which - if we got it right - includes illustrations and is aimed at children. Could you tell us a bit more about that or is it a secret?

Can definitely tell you some! And it's a couple things that you may have heard of. The first is my new book The Pocketknife Bible, which is a weird book that's kind of a poetry-novel-memoir-picture book for both adults and children. It's through the voice and eyes of me circa 6-8 years old and my childhood and the surreal wild boring beauty of childhood, but enters into some strange and dark places. It's fully illustrated by me which is the first time I've done a book like this.

The other thing is that I'm starting to more seriously work on some stories for children, picture books mostly at the moment. Just completed a residency specific to that, so finished that up with a number of my stories more developed and fleshed out, story- and art-wise. So excited to see where all that goes.

Slam performances have a similar spirit as music gigs, there's a flow in communication and audience seems to be very expressive. What was the most unusual reaction from the crowd you ever got?

I can't think of a specific instance unfortunately, but it can be pretty interesting and fascinating. Because we all process information so differently, so there are plenty of times where you might share something that you think is funny and no laughter, or where a laugh may spring out of a random audience mouth, in the middle of something serious or sorrowful. And it's definitely like music, because those little blips add to me then rolling with it, maybe reshaping little bits in the moment, like if there was something sad I spoke to and there was a chuckle, how can to offer up the next line in a manner that both makes that reaction comfortable and allowed, while also pulling the person/audience back in the direction I'd like to move them towards.

Who are you at the moment? A poet, an illustrator, a slam star? All together? And what else?

Who am I at the moment. I don't know. Tired? But excited. Scared. And curious. Filled with sorrow and pain. And joy and a terrible gratefulness. I don't know. I'm asked this question at a very open and new chapter in my life, one where I'm not fully formed, one where I'm reforming so many parts of who I am and what I'm seeking to make. I look at myself as an artist, and strive to continue creating work that respects this and speaks to it, whet here that's through words, pictures, music, performance, or whatever. I love the work that I've been focused one for the past decade, but feel a reimagining of this as of late, or a new exploration of it, whether that is in the context of what is being written, or through more performative ways such as dance or theatre, or whatever.

Who/which are your recommended/favourite reads/authors and illustrators? Any that you have recently read and have lingered with you for a while?

Right now I'm reading The Tiger's Wife which is pretty good and a children's book I just got from Gecko Press called The Day No One Was Angry, which is awesome! I have Ben Okri's The Famished Road waiting for me at home, I've started it and I'm really excited to return to its pages. 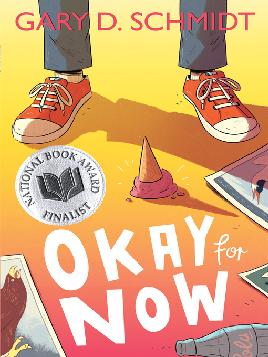 I always recommend the poets Lucille Clifton and William Stafford, Kevin Young's Dear Darkness. Tracy K Smith's Life On Mars is wonderful. I didn't get to finish Brown Girl Dreaming but it is beautiful. I'm drawing a blank on his name, but the author of the Wednesday Wars and Okay for Now, I think it's Gary something? His books are magic.

My three favorite books, novel wise, are probably East of Eden, To Kill A Mockingbird, and Maniac McGee. But I have too many books stacked up to read and probably even more that I've only started. I need to crack the whip and find my way back into a good kick butt reading habit. Crossing the seas is both a good and bad thing, as it invariably introduces me to books/writers that I wouldn't have known before. As such, I'd want to read Elizabeth Knox's Wake, and Tina Makereti's Where the Rekohu Bones Sing.

What do you hope to do while you are in Christchurch / New Zealand this time?

A return to C1! Miniature burgers delivered through vacuum tubes is how all life should be!