The Chamber room at The Piano is close to packed as this event kicks off - it's a buzzy and talkative crowd. Friends wave to each other or hug. There's a nice feeling of community amongst the crowd.

Jess Maclean does the honours introducing the three women on the stage with her being sure to note their achievements - Hawkins and Reilly both won first book awards at the Ockhams this year, and Maclean wonders if Coco Solid will get a gong at next year's awards. I personally loved How to loiter in a turf war so I hope that Maclean genuinely does have matakite powers.

Each writer then takes a turn to read from their books. Hawkins is first and chooses 'Juliette Lewis wears a piupiu', a reaction to that time that American actor Juliette Lewis... err wore a piupiu. In her poem, Hawkins draws a line between Lewis' wearing of the garment and the fact that it is not actually something that many Māori get to do. Her second poem is 'Typecast' (The Shortland Street one - I don't know if this is properly part of the title or just the way she's describing it) in which she lists all the different, myriad, variety of wāhine māori she'd like to see cast as a character on Shortland Street. It's celebratory but also not pulling any punches. I LOVE IT. I'm an immediate fan. 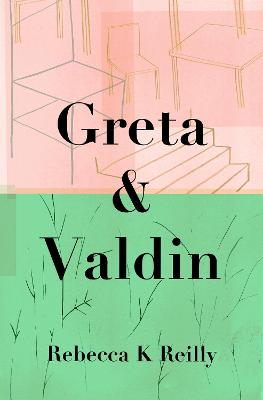 Rebecca K. Reilly is next and chooses a short chapter from Great & Valdin called "Beautiful People". It's one I enjoyed very much and I'm pleased to be in its company again. I enjoyed this so much when I read it that I quoted it in my review of the book, a portion of which is:

.. Simon turns towards me. 'V, did you want to say anything quickly?'

I blink, trying to remember why I might need to say something. 'Um, no, I don't think there was anything else?'

'Oh, I just meant like a quick karakia before we get on the plane.'

Everyone looks at me. They look serious and warmly accepting of my culture. I can't even think of one karakia. I think of a school camp where we had to sing 'Thank you, Lord for giving us food', to the Superman theme tune. In a panic, I think whether it would be appropriate to sing a song by the Māori and Pasifika reggae band Herbs.

'I can step in, ' Bailey, the production manager, says... Everyone looks down respectfully as she recites a karakia beginning 'Nau mai e ngā hua', which I'm pretty sure is about food, not travelling. Then I doubt myself. I look around for another brown face, someone who might relate to how I'm feeling, but I don't see anyone except a security guard on the other side of the terminal.

It gets big laughs as it should because it's bloody funny.

Coco Solid is next and reads a couple of, again, very short chapters from How to loiter in a turf war. In it friends Te Hoia and Q bump into each other on the bus and get into a convo that's part affirmation, part ripping each other to shreds, part flirting. At one point they discuss poetry readings:

Maclean launches into the first question, asking what the whakapapa of their works are. Who are the ancestors? The whanaunga?

Hawkins replies says it's all the women in her life - the women she lists in her Shortland Street poem are all real women in her life. But there's a balance between what's good to share and what's telling someone else's story. One of her poems is about periods and vaginas - "Some people don't want a poem in a book about their vagina..." so you have to have a kōrero about things sometimes.

Coco Solid talks too about friendships "it's not ALL trauma bonding" though yeah, they "use each other as lifeboats" and "share hack codes" for life with each other.  She also identifies as "a city girl" and doesn't demonise herself for it - "I'm proud of a lot of things that a lot of people are desperate for me to be ashamed of." 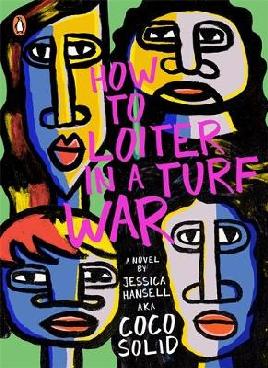 She describes her genre-bending novel as a "Frankenstein" sort of thing but attributes part of that to the fact that she came up through zines and comics and DIY sorts of things so she was always going to bring that into what became her novel.

Hawkins is effusive about what the novel represents for young people - "I can't wait to teach it... it's a koha", and Coco Solid talks about how important it is to her to show characters that  will resonate with people and bring them forward, characters who might have tended to be background characters into the spotlight. But also some reasons for representing what she sees around her is "laziness", at least with regards to character names which she often harvests from her own family. But it can be powerful to see your name in print and Pacific names and Māori names often aren't.

Reilly's work has been described, Maclean says, as "Māori nerd lit" and Reilly says when she was pitching her novel idea she was extremely angry and defensive about her novel being something she just hadn't seen represented before in New Zealand literature. She seems genuinely annoyed about it, and she's got a point. Why did it take until 20 years into the 21st century for us to have a novel about Māori characters living in modern day Auckland? When she tried to research other novels set in Auckland all she came up with was "Under the mountain" by Maurice Gee. "That's my life," she declares "...zooming under mountains?"

She also sounds off that she's been to the Auckland Writers Festival "and it's s***". A stab, I think, at its history of being extremely middle class and Pākehā.

In terms of the whakapapa of her work Reilly says she was reading a lot of 1950s American writing - J. D. Salinger and the like. But it was when Hera Lindsay Bird's book came out that she realised that "young women ARE allowed to write in this European style."

Reilly bristles at the idea that the range of characters in her book come from a forced attempt at "diversity" - "that's just the kind of people we have in Glen Eden train station..." she says with a shrug.

There's definitely a strong flavour of each of these writers "writing what they know/see/hear/feel" which isn't that surprising since that's the backbone of what writers do. I guess the surprising part (for some people) is what that ends up looking like.

And as far as catering to some imagined foreign audience, who may or may not understand your strange New Zealand references, Coco Solid sums it up perfectly when she says "I can't be James Joyce. Sorry, honey."

There's also a feeling that we need a broader range of stories. Reilly puts it beautifully when she says, "we need more works. Not one that does it all like an allen key".

Maclean introduced the idea of "the burden of representation" and there was a lot of discussion about having to kōrero with certain people, be they aunties or friends who can keep you grounded but the responsibility falls more heavily on the side of lifting other boats with you. To bring a community of writers with you. Hawkins references her "white-passing"-ness and her desire for "other whanaunga to have opportunities to tell their stories".  The Māori writing community might be less competitive compared with others because of this desire.

There's only time for a couple of audience questions but someone asks if they crack themselves up when they're writing. 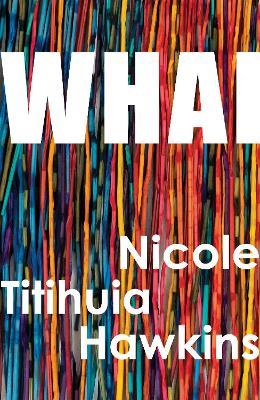 Hawkins says she laughs at herself later. Coco Solid says that most of the funny things she writes are from real life so she's not so much laughing at herself as she is remembering that funny thing that someone else did. Reilly goes into an unexpected but delightfully kooky story about writing one of her chapters of Greta & Valdin during a "silent writing weekend" - "I was really, really trying not to laugh but... it was illegal."

Someone else asks how they resolve the tension between feedback they might get from trusted people on what they've written and their literary instinct.

Hawkins and Coco Solid agree that you puku is your best test.

I personally would have been happier if both audience questions weren't from Pākehā women, but maybe next time?