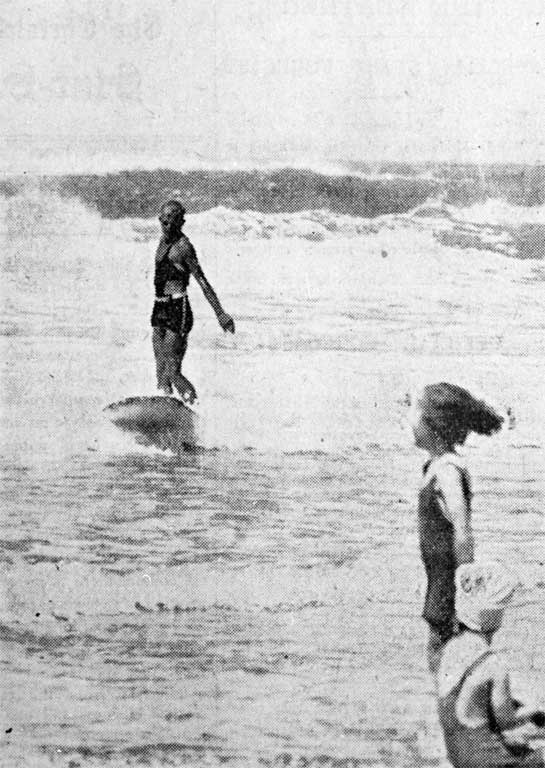 And visit First to Surf celebration at New Brighton this weekend, to commemorate 100 years since a display of surfing by Duke Kahanamoku in New Zealand.

The party then went to New Brighton, where an exhibition of surf-riding and swimming by Kahanamoku, in company with members of the New Brighton Surf Club, had been arranged. Unfortunately, the rollers were too short for a real exhibition of surf-riding. A long, strong roller, sweeping right into the beach, is required for this, but the rollers at New Brighton this morning were short, breaking too soon. However, Kahanamoku gave as good a display as was possible in the circumstances, and certainly taught members of the Surf Club something of the art of surf-riding. His position as he lay on the board was very graceful. Once he tried to stand upright on the board as he came shooting in, but the roller broke,as he did so and he capsized. One or two other similar efforts failed for the same reason. He showed a few of the other fancy touches of surf riding, manipulating the board in various ways as he rode it.