Well here we are—three weeks down, can you believe it? Susan and I have definitely drifted into a time vortex where we think it's Friday for half the day when it's only Tuesday, but at least we haven't been as bored as we thought we'd be.

Luckily we've had some lovely autumn days, so we could go for walks and get out in the garden. If you and your kids like to get out in the garden, maybe you'll enjoy some of these ideas from Kids Gardening. Or maybe you could watch these Garden Week videos from Maddie Moate on YouTube. The birds and animals they spot are British, but the activities are still fun, and if you'd like to identify the birds in your garden, you could visit New Zealand Birds Online.

One sunny day, I had the idea to build a fairy house. I used to build these all the time when I was a kid. The Young Lad helped me gather up twigs build it from, and once it was built, it reminded Susan of the Three Little Pigs, so she decided to dress up as a pig, and make houses, too. 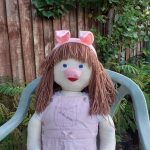 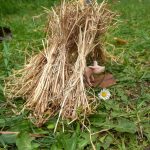 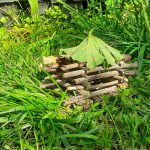 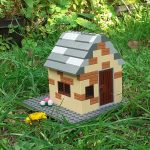 The Young Lad told me all about The True Story of the Three Little Pigs and—yay!—the library has a movie version you can stream. We enjoyed watching it together. I've made a list of Pig and House related eBooks, eAudio books, and movies that I thought you might like, and I also found a couple of cute Three Little Pig crafts. Maybe you'd like to make these three pig houses, or these Three Pigs and Big Bad Wolf from Red Ted Art.

To be honest, it's been pretty hard finding things for The Young Lad to do. Every time I suggest something, he tells me that's something I would want to do, not him! Sometimes, he decides to join in after all, but then he gets bored a few minutes in. He'd really rather be watching YouTube or playing Minecraft all day, every day.

Yes, Nigel Latta said not to worry too much about screen time at the moment, but I don't think even he would approve of a ten-year-old staring at a screen every waking moment. So I've been trying to encourage The Young Lad to find non-screen activities that he actually wants to do. We had a bit of fun with paper planes. We found this awesome collection of paper plane designs and tried out a couple, but I have to admit that he screwed his first plane up about half way through, and wouldn't even try a second one. He did enjoy flying my planes, but my idea of spending the afternoon folding and flying together went out the window.

So I was really happy when I came home from the doing the groceries (what a mission that was! But that's another story) to hear that Miss Missy and The Young Lad had been drawing pictures together the whole three hours I was gone (I told you it was a mission!) The next evening, I suggested we all do some drawing together, and for once he actually agreed! I love to draw, but I'm not very good at drawing straight out of my head. I thought we could try to Draw With Rob.

We had a great time! Miss Missy and I followed along with the videos, then she drew her own version of Gregosaurus, which I just love. The Young Lad said he'd rather draw out of his head, but he did want to join in, so he drew his own thing. Mr K said he might even join in next time too! 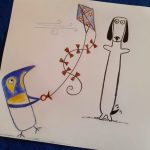 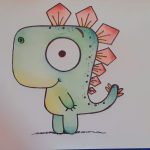 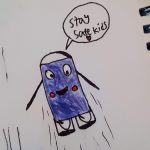 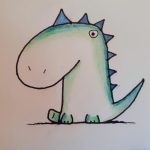 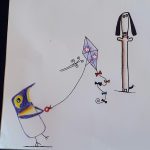 Talking of illustrators, I discovered a couple of things from Axel Scheffler, who illustrated The Gruffalo. First up, he and Julia Donaldson have created some lovely new illustrated verses specially for kids. Axel Scheffler has also illustrated a new book written by Elizabeth Jenner, Coronavirus: A Book for Children. It's an eBook available for unlimited download, just perfect if your kids want to understand better what's happening right now.

Finally, we can't forget about Easter weekend, which saw us joining in the NZ Egg Hunt and eating hot-crossed-buns. And, Susan heard about Formal Friday! She couldn't wait to get dressed up, though she really wished she had a ballgown to wear. But if Hilary Barry can wear a crown for Formal Friday, so can Susan! 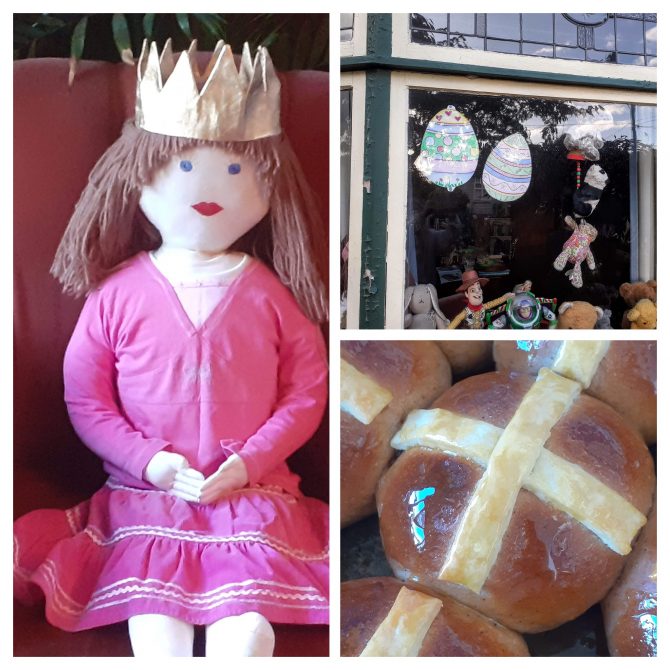 If you missed Susan's earlier virtual visits, you can catch up on all The Adventures of Library Susan.