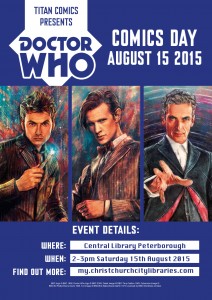 Central Library Peterborough is hosting a Doctor Who themed event on Saturday the 15th of August, free for all humans and other species to attend.

Cosplay as your favourite character and be in to win prizes for best dressed! There'll also be colouring in, puzzles, Doctor Who books and DVDs to borrow, and from 2.30 - 3.00 we'll be holding a quiz to test you on your Doctor Who trivia. If you get the answers correct then you'll win a prize, and if you're lucky there might be the possibility of trying some fish fingers and custard à la the Eleventh Doctor! Who could turn that down? 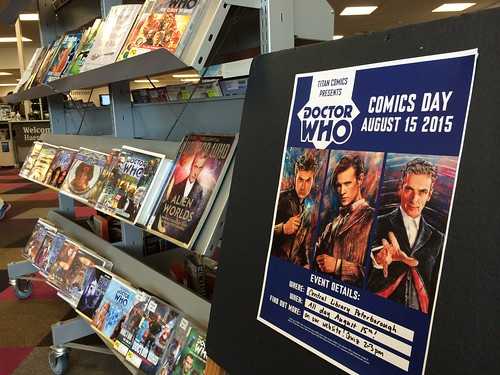 If you aren’t able to attend Doctor Who Day, don’t despair — we’re holding a Create Your Own Sonic Screwdriver Competition which finishes on the 20th of September.

And there's always the plethora of Doctor Who fiction, fan guides, DVDs, e-books and comics available at your local library all year round. 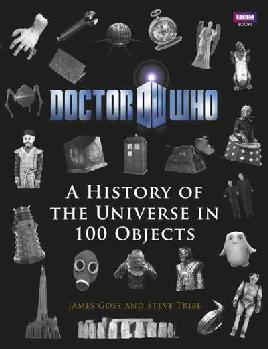