It is a truth universally acknowledged that most articles celebrating the 200th anniversary of Jane Austen this year will begin their tribute by incorporating this celebrated opening sentence from 'Pride and Prejudice'.

And, what better way to start a conversation about Jane Austen? These are the words which introduced many readers to her world - an ideal world where the terrible Mr Wickhams and Mrs Eltons of life get the endings they fully deserve, and the worthy Elizabeth Bennetts', and Anne Elliotts are awarded the endings that invariably cause readers to whoop and swing from the chandeliers in undignified and un-Jane Austen-like fashions for hours on end.

This year, the world of Austen is being celebrated with many events and exhibitions such as a trail of Jane Austen book-benches, a nine day regency festival in East Hampshire, and even Jane Austen banknotes.Hampshire have promised to celebrate her bicentenary with a yearlong commemoration of walks, performances, competitions and much more. The tourism these events will attract is predicted to run into tens of thousands, bearing in mind that ‘Pride and Prejudice’ on its own has sold over twenty million copies over the past two hundred years and has never been out of print.

So why, you may ask, the continuing devotion to Jane Austen?

Like all timeless authors, Austen means so many things to so many people. There is the‘Andrew Davies Austen’ of Colin Firth in a wet shirt, the Bollywood Austen of 'Bride and Prejudice', the zombie Austen of ‘Pride and Prejudice and Zombies' - and even a children/poultry-friendly version of Pride and Prejudice entitled ‘Mr Darcy the Duck’ (get em started young, that’s what I say).

It’s as if each generation are reinventing Austen and making her into want they want (and, in some cases,) believe her to be. While this may sadden some devotees, it is a wonderful tribute to Jane herself. Like all enduring authors, we are comfortable with making her books very much our own. She has created a timeless world, and two hundred years on, the voice in her novels remains approachable, like a fun and faithful friend. 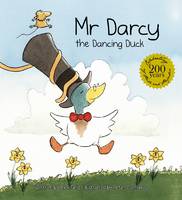 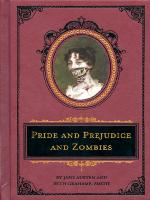 And contrary to popular opinion, Austen is so much more than regency Mills and Boon. Yes, men, I am looking at you - whether you are a closet Janeite or just too embarrassed to pick up one of her books, I am here to say rest assured, pick one up, you will be in good company. As I have painstakingly told many men who argue that there are no scenes of hand to hand combat in Jane Austen and all the men do is dance for crying out loud, there are actually many things about Austen which have historically appealed to men.

CS Lewis and Rudyard Kipling were proud fans, and wordy historian Paul Johnson has unabashedly admitted that he prays to Jane Austen each night. There are more reasons for this devotion than you may suspect. For a start, there are few authors more insightful when it comes to studying human nature. One only has to look at Lizzy Bennett's journey to self-discovery, and her recognition of human frailties and deceptiveness  - or to the sharply drawn, all too vivid characters like the dreaded Mr Collins and the awful Caroline Bingley. Somewhere along the way, we have all known people like this.

There is also timeless humour in Austen's novels that any reader can appreciate. Take the classic Mr Bennett line -

"That will do extremely well, child. You have delighted us long enough";

or Fanny Dashwood's sharp observation that,

"People always live forever if there is an annuity to be paid to them".

And of course, Jane Austen is a fine writer (this isn’t a news flash). Concise, witty, and sharp, her novels just couldn’t be bettered. Take the scene in Emma just after Knightley gallantly rescues Emma’s socially inferior friend by asking her to dance. Austen captures Emma’s growing appreciation of Knightley in just one concise conversation:

"Whom are you going to dance with?" asked Mr Knightley.
She hesitated a moment, and then replied, "With you, if you will ask me"

In just a few words, Austen has said everything.

Admittedly, she doesn’t tell epic stories on the scale of some of her peers (e.g. Walter Scott) but then, would we still be reading her so voraciously two hundred years on if she had? Readers will always be able to relate to the themes of love and friendship and part of Austen’s timelessness lies in this. Austen’s novels are the ultimate comfort read- we know that things will end happily and our favourite characters will marry the right man but we can also feel good, intellectually, about reading her novels. There is wisdom and perceptiveness in her work and unlike many novelists of her time, it is not injected preachily but with a sharpness and humour that make her a sheer delight to read.

So how to commemorate Jane Austen’s 200th death anniversary on July the 18th? I personally plan to get out my ‘Marrying Mr Darcy’ board game, drink from my favourite ‘searching for Mr Darcy’ mug and watch back to back adaptations of her novels clad in my prettiest gown and bonnet. My sister, currently studying in the states, is attending a Jane Austen ball on campus this year so maybe I can even borrow her beautiful regency dress and do my grocery shopping in style. If you are favouring a slightly more conservative approach, (understandable, I concede) then why not commemorate the day by sitting down with one of her books or television/movie adaptations and discover her for yourself. In her own words

“The person, be it gentleman or lady, who has not pleasure in a good novel, must be intolerably stupid.”

As ever, she was right.