I've heard this song regularly in the last couple of years. Dutch children get very excited in the weeks before the 5th December, as it means Saint Nicholas and his helpers - Black Petes - have arrived. My daughter Nova has been talking about Saint Nicholas in utter excitement, especially after meeting him last Monday at Dutch School in Upper Riccarton Library's Community Room. 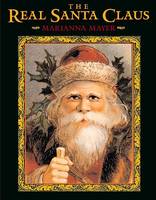 Saint Nicholas, or 'Sinterklaas' as the Dutch call him, was a Christian saint and Greek Bishop of Myra (now Turkey) in the 4th century. His parents were very wealthy and Nicholas is celebrated as a great gift-giver. The most famous story about him is the help he gave to a poor man who couldn't afford a proper dowry for his three daughters. This meant that they would remain unmarried and might end up as prostitutes.

Nicholas decided to help the family but was too modest to do so in public. He threw a purse filled with gold coins through their window. After two nights of this taking place, the father lay in wait to discover the identity of their benefactor. So the third night Nicholas dropped the purse down the chimney instead. Legend has it that the youngest daughter had just washed her stockings and hung them over the embers to dry. That's where the purse with gold landed and that explains Nova's shoe next to the sliding doors last night (we don't have a chimney).

It is said that Sinterklaas became the model or source for Santa Claus, whose modern name came from Sinterklaas. Other holiday figures based on Saint Nicholas are celebrated in some parts of Germany and Austria, Switzerland, Italy, parts of Bosnia and Herzegovina, Croatia and Serbia, Slovenia and, of course, Greece.

Like every year, Saint Nicholas was welcomed in Christchurch, Spencer Park. This was organised by the Netherlands Society and had many families attending who have kids at the Dutch School. Sinterklaas had two Black Petes to help him carry his staff and big book of stories about the children. This year The Netherlands had Petes in all sorts of colours as the Black Petes are seen as historically referring to slaves and deemed to be racially inappropriate.

I remember as a kid that it was really difficult to figure out who was dressed up and painted as Black Pete. It could be your own cousin or uncle in Pete's outfit, giving you a handful of pepernoten, little spicy speculaas rounds and you would mainly recognise them by their voice.

There was always a bit of warning that you had to be a good kid, otherwise you could end up with a 'roe' (cane) in your shoe instead of pepernoten and presents.

This year Nova has put out her shoe three nights and she must have been good as she found small presents everytime. The carrots and pictures she put in were gone which surely will have pleased Sinterklaas and his horse. Friday night on the 5th December we will celebrate Sinterklaas with 3 Dutch/Kiwi couples and hopefully the Black Petes will deliver some more presents for the 'lieve' (good) kids.

So if you hear your roofs rattle tonight it could be Sinterklaas on his horse looking through your chimney for shoes with carrots in them... Or just the Northeaster again.