"Houston, Tranquility Base here. The Eagle has landed"

The moon landing and safe return of humans to Earth is one of the epic journeys of all time, nicely summed up when Neil Armstrong said : “That's one small step for [a] man, one giant leap for mankind.”

The Apollo 11 mission crew was made up of 3 astronauts, Neil Armstrong, who piloted the lunar landing module and was the first to step onto the Moon’s surface; Buzz Aldrin who joined Armstrong on the surface; and Michael Collins who remained behind in Apollo 11.

Wikipedia has a very detailed listing of the many Russian and American attempts to reach the moon which preceded the actual landing. There were unmanned hard and soft landings over many years before the final success.

It was the crowning glory of the Apollo missions, which United States President John F. Kennedy had initiated with the statement that he wanted to put a man on the moon before the end on the 1960s.

Astronauts sometimes struggled with the aftermath of their space journeys and their heroic status and we have a number of astronaut biographies which make fascinating reading. In particular Buzz Aldrin wrote Magnificent desolation: the long journey home from the moon in his late 70s. He followed up later, in his 80s with No dream is too high. 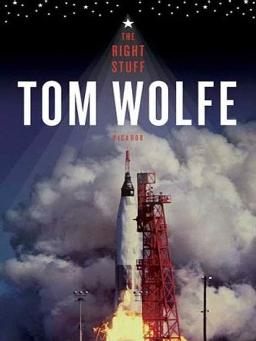 For some insight into the amazing people who pioneered space travel, read Tom Wolfe’s classic The Right Stuff.

“Houston we have a problem”

The first moon landing was followed by five other successful moon landings, the most recent being Apollo 17 on 7 December 1972.

The most remembered Apollo journey after Apollo 11 is probably Apollo 13 which which was intended to be a moon landing mission but after an explosion on the main capsule the focus of the mission changed to one of getting the crew home safely. The astronauts never landed on the moon and returned to earth in the lunar landing vehicle.

The drama and heroics of this mission were depicted in the well known movie Apollo 13.

In the library catalogue