The letters are written by Howard Kippenberger (Kip) to Glen and May Morgan.

A collection of letters, diaries and photographs from Rewai Street, who served in the New Zealand forces in World War II.

And in the morning [videorecording (DVD)], directed by Colin Jamieson and Jennifer Barrer 2010
Interview with Lachie Griffen of the Canterbury 19th Battalion Armoured Regiment, and an account of the experiences of Bryan Amherst Barrer of the 19th Infantry Battalion. Includes archival footage of “Welcome Home”, the return of the soldiers from World War II to Christchurch and Lyttelton, and soldiers departing from Christchurch.
New Zealanders remember the Second World War
This information file is no longer held, but was a collection of material which included a 94min video, Ordinary people: New Zealanders remember the Second World War (1995). This video is a compilation of Weekly Review newsreels produced by the New Zealand National Film Unit and shown in New Zealand cinemas between 1942 and 1946. The pamphlets in the information file include material on industry and war, women and employment, war brides, Polish refugee children, the Pacific, Italy, prisoners of war, VE and VJ celebrations, HMNZS Achilles, and the 28th Battalion. There are also interviews with and illustrated profiles of Estelle and Reg Rolfe, Tina and John Holterman Ten Hove, Ray Grover, Phyllis Hindle, Betty and Tom Mason, George and Joyce O’Leary, Jenny and Spencer Jones, Randal and June Springer, Pat and Alan Cozens, Walter Lawry, Jozef Kubiak, Lillian and Doug Milburn, Colin and Joan Apperley, Leon Missen, Alfred Rumball, Charlie Tuarau, Livingstone and Ena Baker, Wikitoria Te Huruhuru Whatu (nee Katene), D’Arcy and Mollie Whiting, George and Helen Smith, Nan and Heath Simcox, Ian and Ngaire Darby, Nelson and Dot Dyett, Patricia Connew, Doreen Tyree, Grant and Heather Maninui. Facsimiles of 1940s newspapers are also featured. 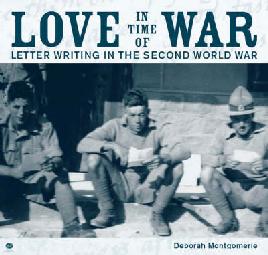 Montgomerie, D. Love in time of war: letter writing in the Second World War
Includes letters from Bob Wilson of Northland, who served in the Middle East; letters from Gay Gray of Wellington to her soldier husband; letters from Jack Lewis who served in Italy to his wife and daughters in Auckland. Introduction discusses importance of letters to both service personnel and to those left behind, and in the writing of the cultural history of war. The author is an academic historian.

There are hundreds of personal reminiscences of the war available.

For further information, you can check the libraries’ catalogue:

Nga Toa
“Nga Toa meaning "Many Warriors" in the Maori language is a project dedicated to preserving the oral histories of New Zealand’s last remaining World War II veterans. To date, over 200 interviews have been compiled in the Nga Toa video archive by Patrick Bronte a young man who, paralyzed from the shoulders down, has been working hard to preserve the experiences of his nations World War II veterans”.
Interviewees - Second World War at home
Audio recordings of the interviews that appear in the book Home: Civilian New Zealanders remember the Second World War written by Alison Parr.
Soldier's stories - New Zealanders in the Pacific War
Audio recordings of the experiences of New Zealanders in the Pacific war.
The 28th Māori Battalion
Audio, photos and film about the Māori experience of war.