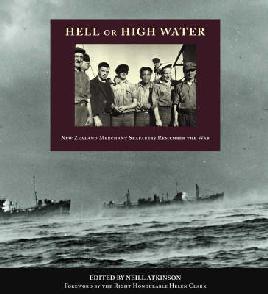 The Merchant Navy in the Second World War
Information from New Zealand History online.
Merchant Navy seafarer looks back
Hear Dan Bashall reflect on some of his wartime experiences.
Life at sea in the Merchant Navy
Hear Les Watson talk about the food and accommodation aboard the Raranga.

For further information, you can check the libraries’ catalogue: