The Scientific American Archive covers issues from 1845 to 2015. 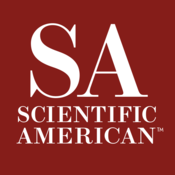 Scientific American, a magazine that has been reporting on unique insights and developments in science and technology since 1845.

Please note: this archive provides access to issues up until the end of 2015. Issues from January 2016 onward can be found through Publications Finder.

Readers have for decades used Scientific American for a deeper understanding of how science and technology shape our future.  Every month the magazine featured cutting edge articles by scientists, many of who are Nobel Prize winners and top scientific journalists. The online archive of this publication is divided into a number of sections:

Scientific American is the oldest continuously published monthly magazine in the United States. Its aim is to look into trends and the latest developments in science, medical research, and technological advancements.  The archive allows you to: