I hope you like scary stories, because that’s exactly what I like to write. And believe it or not, the Takeshita Demonsopens a new window books are based on truth.

That’s right! All the Japanese monsters I write about are real…I didn’t make them up! In fact, I was only inspired to write Takeshita Demonsopens a new window after I started studying the history and mythology of Japanese monsters (or yokai in Japanese).

The Filth Licker and more…

Monsters in Takeshita Demons (like the Filth Licker (aka-name), the Snow Woman (yuki-onna) and the  Cut-throat Demon (nuke-kubi)) have been part of Japanese mythology and stories for hundreds of years.  They’re much the same as vampires, werewolves and fairies in Western culture.

Many of Japan’s demons are very unusual, but here are some you may recognise…How many do you know?

5 Japanese demons you may know from books and movies

‘Toire no Hanako-san’ means Hanako-of-the-toilet. Hanako is the ghost of a young girl and she haunts particular toilet cubicles, usually at school. Remind you of anyone you might remember from a certain school for wizards?

BUT…if someone is mean to her or teases her, then…watch out!

If you want to meet Hanako, you need to knock three times on the door of her haunted toilet and call out: “Are you there, Hanako?”.

Why don’t you give it a try next time you’re in the school toilets?

Aha! I bet you thought Benten was a boy with a really cool wrist watch! You did, didn’t you?

Well, think again. Benten is actually a woman with eight arms and a whole bunch of dragons as friends. In Japanese mythology, Benten is one of the 7 lucky gods, and she’s around 1500 years older than the Benten you might know.

Still, the goddess Benten is a good person to befriend: she can help make you rich and give you good grades at school (she’s also the goddess of wisdom and prosperity). 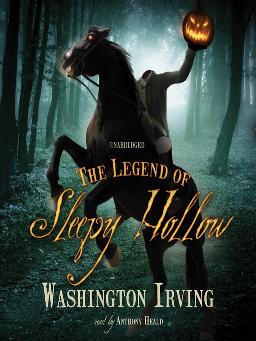 You’ve heard of the headless horseman, right? He’s a famous legend that grew from a character in a story published in America nearly 100 years ago.

But…have you heard of the headless horse?

The headless horse is the favourite method of transport for a Japanese ogre called Mr Yagyo, or Yagyo-san.

Yagyo-san has been around for hundreds of years, coming out only once a year to wreak havoc on the human population. On this one day — the day before Japan celebrates Setsubun, the beginning of spring — Yagyo-san roams the streets tossing spiked soybeans at people.

According to Japanese stories, the only way to escape is to lie face-down on the ground with a pair of sandals on your head. 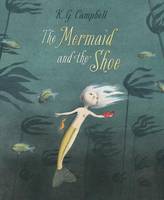 When I say ‘mermaids’, do you think of beautiful half-fish, half-woman creatures with long golden hair and perfect skin?

Well…that’s not the only kind of mermaid in the sea!

Japanese mermaids are called ningyo and although they are half-fish, half-woman, they’re not exactly what I would call beautiful.

I’m researching ningyo now as part of the next Takeshita Demons book… Apparently, eating the flesh of a Japanese mermaid can make you immortal, and even just seeing one can add three years to your life. Pretty cool, huh.

(Japanese mermaids also have some unfriendly friends, like the sazae-oni, a poisonous demon formed when a very old sea snail mutates into an ogre.)

5) Tengu (or the tengu’s invisibility cloak, at least)

Tengu are a half-bird, half-humanoid Japanese demon that live in the mountains. You often see tengu masks in Japan and they feature in traditional Japanese stories and theatre.

But, you probably know the tengu’s cloak more than the tengu.

Tengu have many special powers and own many magical objects, not least of which is the invisibility cloak.  This is a cloak that makes you totally invisible when you wear it. Ring any bells?

There is another story of a tengu who owns a magical fan that can make your nose grow. In the story, the tengu accidentally fans himself…maybe that’s why he looks how he looks!

So what’s my point?

My point is that you don’t always have to invent everything when you’re writing a fantasy or horror story.

Some of the craziest things you can imagine happen in real life (just read the newspaper sometime!). Some of the most unbelieveable things ever are actually true (700 million people around the world have blood-sucking hookworms in their guts). And some of the best writers and books use little bits of history and science and real-life-fact to inspire their incredible stories.

So, when you’re writing your own stories and books, take some time to research some real-life topics that might be relevant. The Christchurch library has a huge non-fiction section filled with heaps of fascinating facts and stories….check it out and you will be amazed!