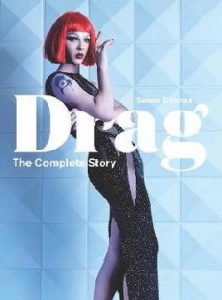 We are all finding ways to get through 2020.

When times are tough I turn on RuPaul's, opens a new window Drag Race. Queens, camp and cool fashion, death drops, exquisite makeup and drama for days. What, I ask, is not to love?

One of the most fascinating aspects of drag culture is the development of drag families headed by a matriarch or drag mother.

Drag mums have a similar role to standard mum-mums in that they guide, educate and steer their babies forward in life.

The tutoring focus for contemporary drag mothers is rather more about how to best mine the opportunities social media affords, how to secure a lace front wig, nail a lip-sync, or achieve the perfect contouring but in the past drag mothers also housed, fed and fully mentored their girls. 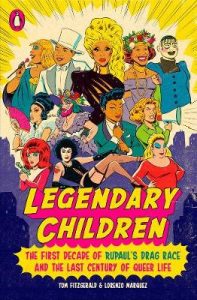 The 1991 documentary Paris is Burning, opens a new window by filmmaker Jennie Livingston highlighted the pivotal role of drag mothers in providing acceptance and stability to young drag queens in a world that largely shunned them.

Rejection from their biological parents was often the norm but gave rise to the drag house. Young drag protégé adopted their mother's surname to honour their drag lineage and show family loyalty.

So not a million miles away from the Scottish clan surname where there often wasn't a blood tie but a clan name was adopted to show solidarity and provide protection.

Unlike clan names, many drag family names are stage, not real, surnames and draw inspiration from luxury brands, or cheeky double entendres!

The House of Xtravaganza and LaBeija are synonymous with the New York ball culture of the 70s and 80s but newer drag families have come to the fore particularly through the influence of RuPaul's Drag Race and its contestants. The House of Davenport is known for its high-kicking dancing queens such as Kennedy Davenport, while Alyssa Edward's drag family includes Plastique Tiara, Gia Gunn and the unforgettable Laganja Estranja.

Fashion, fun and family her-story is the tonic we all need for 2020.

Drag up your life: