I've recently had the opportunity to read the debut novel from a new Irish-Australian author by the name of Dervla McTiernan. She's from County Cork originally, but she's a West Australian nowadays and has produced her first book. The Ruin is set in Galway and sits nicely in the noir crime genre. 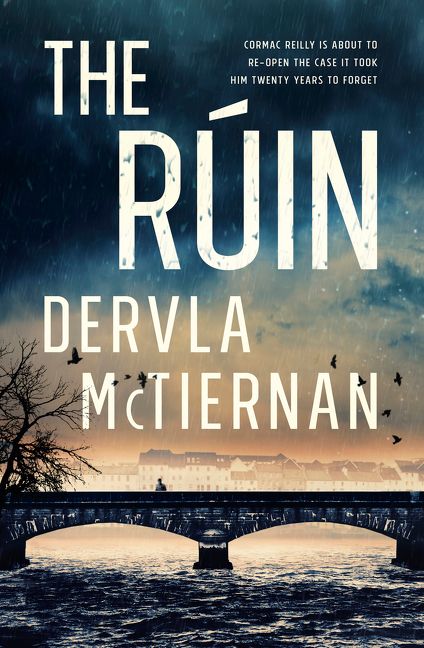 It's a great read! Entitled The Ruin, we see a Dublin city detective Cormac Reilly returning to his rural home town to take up a post in the local Galway Gardaí. He's got some emotional baggage (of course, this is noir crime!) and is drawn back into a case from when he was first on the force - the death of an alcoholic drug addicted mother, and the institutionalisation of her two young children. It shifts to 2013 and the now-adult son has been found dead in the city river, but there are suspicions around what exactly happened. His sister (who has been working in the Australian outback) has returned to Ireland and slowly builds a case that the gardai refuse to engage with. With the help of her brother's recently pregnant girlfriend and Detective Reilly searching from the other end of the investigation, they seek the truth, uncovering scandal, corruption, and small town parochial mindsets.

McTiernan writes with good pace, interesting character development, and a very strong sense of place - you may find yourself shivering as she describes the sideways sleeting of winter Galway! It's a good blend between a police procedural and a whodunnit, all the ingredients are there, and she delivers a good read.

The Rúin sees a new addition to the noir crime genre, a genre that is ever-expanding and increasing in its quality as it incorporates new cultures and inspirations. It contains all the ingredients for good crime fiction; an unsteady detective, darkness and winter, a who-can-you-trust sense of uncertainty, and an intricate plot of twists and turns - everyone is under suspicion! And it got me thinking about countries outside of Scandinavia who are producing quality noir crime literature. We know the depth of Scandi Crime and there seems to be an endless source of sinister criminal imagination coming out of that region, but what about the rest of the world?

There's Scotland's Ian Rankin; his Rebus novels have grown to unimaginable heights for crime fiction. They're dark and disturbed, and feature a flawed detective barely holding on to his own sense of worth. A twisting plot line and some harrowing criminal acts

Australia has the recently deceased Peter Temple; The Jack Irish books (and films!) are first class crime fiction, offering a look at the dark underbelly of Melbourne, Australia. His use of language in particular make his characters very deep and believable, and his plots are twisting and his characters are never quite out of danger - exciting and full of regional levity. As the blurb says; "Melbourne in winter. Rain. Wind. Pubs. Beer. Sex. Corruption. Murder." - what's not to love about that sentence!?

How about our own Paul Cleave? Who knew Christchurch could be such a hotbed for underworld sinister occurrences! His police procedural novels featuring detective Theodore Tate are gripping, dark, and give the reader a look into the fictionalised seedy side of Christchurch, New Zealand. He has written other stand-alone novels too and continues to produce dark and sinister stories to revel in from the comfort of your armchair.

There's plenty of dark mystery set in and around our own region and for a first book The Ruin is a solid start, and should create a great foundation for the author to build on. I'm looking forward to more from her! Give it a go...