Being the 100th anniversary of the First World War, there has been an avalanche of material arriving in the library on this subject. Many are long forgotten diaries and personal stories that are understandably harrowing and poignant to say the least.

Alongside these important stories are some lighter - but none-the-less interesting - facets of war that haven't previously been published.

The Great War Cookbook
Contains over 500 wartime recipes, from Ox-Brain Fritters and Fish Custard, to Shepherd's Pie and Trench Pudding. Apparently according to the publisher "there is something for everyone!"

Antiques Roadshow World War I in 100 family treasures
The ever popular Antiques Roadshow team decided to mark the centenary of the start of World War I by filming a series of specials at the Somme, where the public brought in their family's war memorabilia and photographs. This book selects 100 stories that shows how they fit in to the wider history that was occurring around them.

shion : Women in World War One
Women's wartime roles as nurses, naval officers, factory workers of course needed the right clothes for the job. From the luxurious silks of High Society, to the boots and breeches of the Women's Land Army, Fashion: Women in World War One explores the impact of war on fashion from 1914-1918 with unique images and beautiful original garments.

And the Band Played On
Songs, stories and singalongs played a huge part in keeping moral going during the long months spent in the trenches. This book seeks to recreate the music and the camaraderie that accompanied these men who went to war. 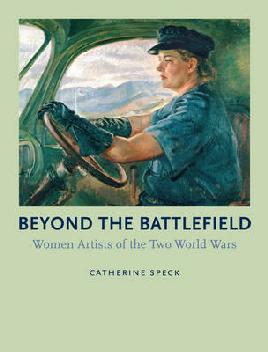 Beyond the battlefield : women artists of the two World Wars
A fascinating account of female creativity in America, Britain, Canada, Australia and New Zealand during the turbulent era of twentieth-century conflict highlighting women artists' unique portrayal of war at the front lines. Documenting everyday life on the home front as well as being nurses, voluntary aides, ambulance drivers, these artists somehow found time to create astonishing art while working in the middle of war zones. 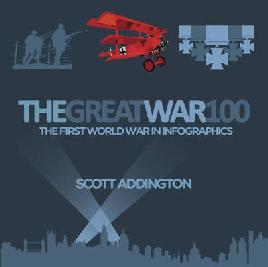 And lastly an interesting way of highlighting all aspects of the World War using infographics.

This leads to a compelling and very visual representation of data and facts about World War I. See how the idea of depicting World War I developed.