Young children often have a very black and white approach to life. Either something is good, or it's bad, and there's not a lot of grey area in the middle. But as adults we have a more nuanced view of things. There are good people who occasionally do bad things. Bad people are capable of goodness. And no matter how "good" someone might seem, there is imperfection in everyone. Nobody can be all good, all the time. 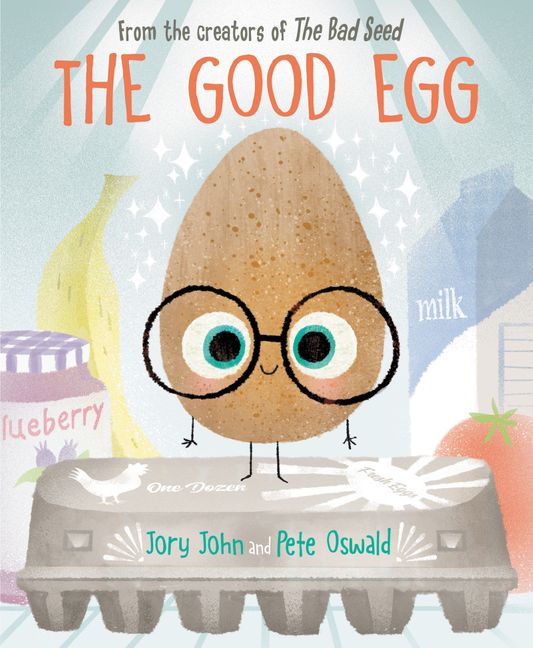 The Good Egg is a picture book which tries to explain this last point to kids, and in the process shows how perfectionism can be bad for your relationships with others and your mental health.

Yes, I did just say this picture book is about mental health for kids. It's the follow up to The Bad Seed which followed a sunflower seed, with a tragic backstory who loses his way, but eventually decides that he'd like to be good. It's as convincing a redemptive arc as you'll find anywhere, and it can be read as just a story about a wayward seed, or as a metaphor for how someone can move on from trauma and periods of depression or darkness.

In the Good Egg, this story is somewhat reversed. Instead of a bad character who struggles to be good, we have a good character who worries and feels responsible for the bad behaviour of those around him, and who puts too much pressure on himself to be good all the time. In the end he has to leave and spend time on his own, relaxing and "finding himself" in order to be a happier, less worried, more fun egg who can enjoy being less than perfect sometimes.

Parents will recognise the exhaustion that the Good Egg feels and that the antidote is "me time" - that in order take care of others you need to first take care of yourself. As well as having a moral about change, both books have really cute illustrations, and a great sense of humour and fun.

I have doubts that my 5 year old truly grasps the psychological wisdom of the Good Egg's journey of self-discovery, but it doesn't hurt to introduce ideas of self-care at a young age, particularly to a child like mine, who has a strong perfectionist streak. In any event he has requested The Good Egg repeatedly for storytime since I brought it home, and he's sought out The Bad Seed at the library too. So he's hearing stories about characters growing, changing and learning to be happy.

And that's got to be good.