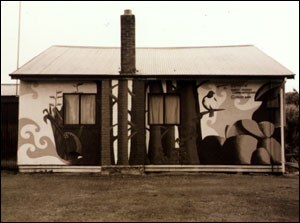 Papanui was the original Māori name for the Bishopdale and Papanui district and is the Māori word for ‘a platform in a tree from which birds are snared’.

The name also refers to a large funeral pyre. Ngāti Mamoe ancestor Marukore and his wife Tūhaitara, a high born Ngāi Tahu princess, had separated and due to events surrounding the separation Tūhaitara sent her eldest son Tamaraeroa to kill his father who was at Papanui. Tamaraeroa, accompanied by his younger brother Huirapa travelled to Papanui in search of their father. Marukore however, knew of their intent and lay in wait. He killed them both and built a huge pyre with great layers of wood to burn the bodies of his two sons.

Papanui Bush once boasted an abundance of forest birds that were regularly snared for kai. This was at a time when the area was covered by a large stand of forest, dominated by tōtara, mātai, kahikatea and kānuka trees. A smaller stand of bush remains in Riccarton, traditionally known as Pūtaringamotu.

Papanui Bush generated a thriving business for the timber industry in the early years of European settlement. Sadly, the milling of this area in the 1850s rapidly demolished the entire 30 hectares of bush that was standing.

The site of Papanui Bush is the present day Papanui Domain, located off Sawyers Arms Road.

A small native garden and a mural painted on the nearby community hall today commemorate the great forest trees that once dominated the area.