Armchair travel is always a big hit over the Summer holidays, so we've put together a travel list with a bit of a twist... Come, throw yourself backwards in time and half a world away.

Our new booklist, International Historical Fiction, has heaps of recommendations from all over the world, and from many different time periods.

My personal favourite is Eowyn Ivey's new one To the Bright Edge of the World - Alaskan wilderness, science and exploration bordering on the world of magic and myth. Sophie, young and newlywed in the 1880s, is fascinated with the science of photography and a bit of a weird outcast among the other women, while her husband Allan is leading an expedition across the unexplored (by white people, at least) wilderness of Alaska. I could use lots of words like 'frontier' and 'isolation' and 'fascinating detail' and 'gosh white explorers are awful when it comes to the native people.'

If you like stories with huge scope that traverse through multiple countries and confront harsh historical realities, have a look at Homegoing, a story of half-sisters with two remarkably different destinies. One young woman, Effia, is given in marriage to a high ranking British official, while her half-sister, Esi, is held in the dungeons below as a slave. The ramifications of the distance between them and the unhealed scars of slavery run through this novel for seven generations.

Similar in scope is Annie Proulx's new novel, Barkskins. Both Homegoing and Barkskins begin in the 18th century, but Barkskins opens in New France. At over 700 pages it should keep you going all holidays, and take you through the two intertwining families through the generations.

Or if you want to load up on an entire epic series, let Conn Iggulden's five book Conqueror series take you back to the time of Ghengis Khan on the Mongolian Plains, or head east, to David Kirk's Sword of Honour if you want to meet some samurai out for revenge. 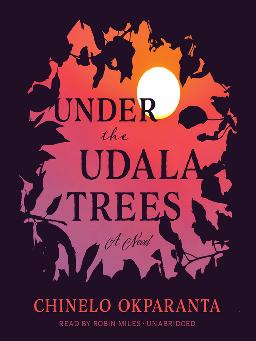 For something perhaps a little gentler, Snow Flower and the Secret Fan is a beautiful story of a deep and powerful friendship between two women in 19th century China. Something a little bit more modern? Under the Udala Trees is set in the 1960s and 1970s in Nigera, a dangerous place to be if you're a woman in love with another woman. A debut novel of gender equality and the right to love in a country recovering from civil war.

Or check out our Staff Pickles personalised lists, some choice lists with a historical or international flavour are: