Organising a festival during Covid times must be like travelling through the multiverse - so many possible outcomes dependent on how much Covid is in the community and how well our health system is coping. How much do you go virtual? How do you make events safer for everyone but still capture the buzz of being among people that's such an important part of a literary festival? 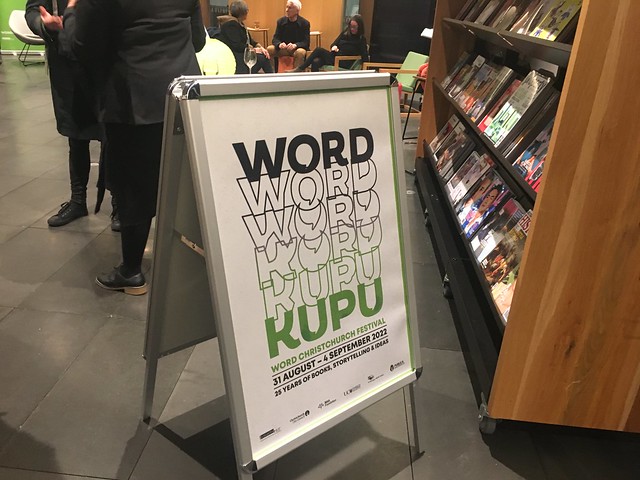 Luckily our local festival, WORD Christchurch, is nothing if not innovative and this year's programme, launched last night, offers as much variety and "outside the box" thinking as last year's did. This willingness to mix things up was in evidence at the launch itself - instead of a static "audience sits, WORD people talk with slideshow" arrangement attendees were given a passport, a list of clues, and were sent scurrying up and down the floors of Tūranga seeking out the details of different parts of the programme. This was a slightly more personal experience as attendees could ask questions or talk about their own reading making for a more interactive, less formal event.

The festival is on this year from 31 August to 4 September... so what's on offer? Plenty. Let's dive in!

An evening with Liane Moriarty

First cab off the rank (and slightly ahead of the festival proper) is a biggie. Liane Moriarty is probably best known for her novel Big little lies and the phenomenally successful TV adaptation starring Nicole Kidman. She appears live and in person so this is one to get tickets for ASAP.

Throughout the festival, noon to 4pm

New Zealand's literary magazine, Takahē, will be at the festival and accepting submissions for a very special WORD festival issue. For anyone at all curious about how a magazine gets put together this is an invaluable opportunity to get a behind the scenes look at how it all comes together. Fascinating!

Submit your poetry and short fiction (up to 1000 words) in te reo or English in person, or via email at submissions@takahe.org.nz, opens a new window

If this one sounds familiar it's because it was supposed to be part of last year's festival (but Covid...).

Anyone who's been to Tūranga will have noticed the sculpture that stands prominently on the stairway between the ground and first floors, but what they might not realise is that this is a depiction of Tāwhaki, who is famous in Māori lore for travelling to the heavens (think about that the next time you cruise past him on the stairs). His story is referenced by several artworks in Tūranga.

In a special 30 minute performance the staircase will be transformed as Tāwhaki's story is brought to life. The staircase will be the stage with audiences viewing if from around the balconies on all sides.Created by artistic director Juanita Hepi (Kāi Tahu, Ngāti Mutunga, Ngāi Tukairangi) and master storyteller Joseph Hullen (Ngāi Tūāhuriri / Ngāti Hinematua), and presented by singer and taonga puoro virtuoso Ariana Tikao (Ngāi Tahu) and kapa haka leader Corban Te Aika(Ngāi Tahu), this is your chance to hear a uniquely Murihiku Ngāi Tahu telling of a story that is well over a thousand years old.

This is a stunning combination of talent in a thoroughly unique location. Definitely a "not to be missed" event.

Rebecca K. Reilly and Coco Solid between them have written two of the most crack-up books I've read in the last few years, namely Greta and Valdin, and How to loiter in a turf war, respectively. I'm less familiar with the work of poet Nicole Titihuia Hawkins (but that's what festivals like this are about - finding new, amazing writers to enjoy). They'll be discussing their sources of inspiration among other things. This is a free event too so it's definitely going in my festival diary. 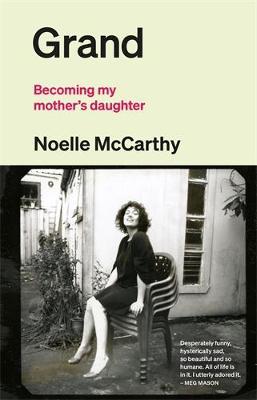 I read (and blogged about) Noelle McCarthy's memoir recently and it was brutal and beautiful and all the things in between so I'm keen to hear how she managed to commit so much honesty and humanity to the page.

Also, is it bad that I just really like listening to people with Irish accents?!

The Faraway Near: Pip Williams, Ottessa Moshfegh (and more)

Step into Tautoru / TSB Space on the first floor at Tūranga and be transported to a colourful, atmospheric, idiosyncratically decorated literary pub/video conference with a fave writer from somewhere else in the world. The Faraway Near is something to be experienced as it's not really like anything else. Pull up a chair, grab a wine or a snack and hang out with a writer via the big screen at the end of your table.

This year will feature a number of very cool people but as a word-nerd with a linguistics degree I'll be keen for the Pip Williams session which focuses on her novel The dictionary of lost words, and Booker short-listed author Ottessa Moshfegh whose novel, Eileen, I was absolutely obsessed with a few years back.

Remembering the future, reimagining the past

This is one that lovers of genre fiction will want to get to. Ockham fiction winner Whiti Hereaka, Sascha Stronach and Cassie Hart join local writer Karen Healey for a lively discussion on the possibilities of reimagination, and the craft needed to make imagination real. AND it's free.

I went to this last year and it was a Good Time. You never know what you're going to get at this event. In the programme they call it a "literary degustation" and I can't think of a more apt description - delightful little bite-sized bits of things you usually wouldn't consume. And this year it closes with... karaoke. SOLD (for next to nothing because it's only $5 on the door).

A literary event in a tattoo parlour, you say? Yes please! Hosted by our very own Mike from Tūranga (aka The Unlikely Librarian) we'll hear storytellers telling the stories of their ink - what they mean, why they got them and what sort of reaction they provoke in others. Storytellers will include Wayne Youle, Rebecca Nash, Whiti Hereaka, Philip Armstrong, and Arielle Kauaeroa Monk.

Plus, if you fancy getting some ink yourself Absolution Tattoo are offering a special when you can get your fave literary quote tattooed for $150, with $50 going to support WORD.

So, so much more

There are so many other things in this programme that absolutely deserve to be mentioned as well like Ray Shipley's Late Night Poetry Hour, a very special session about Keri Hulme, the Cabinet of Curiosities, Great Word Story Hunt is a great outing for families, and David Mitchell's collab with Tiny Ruins. Too many things and I want to go to them all but my "to read" list is now apocalyptic so just go and look at the programme online, or pick one up at the library and make your own picks from the vast amount of awesome available.