The 2022 Silver Scrolls Awards are announced on 18 October which gives us the opportunity to explore some of the musicians, composers and musical experimenters from around the motu who sometimes don’t get the recognition at the awards that more commercial artists do. Here you’ll find an introduction to their stories along with some recommendations for reading, listening and watching you can do through Christchurch City Libraries Ngā Kete Wānanga o Ōtautahi.

We begin with the world of 20th and 21st century classical composition from Aotearoa. Sometimes an intimidating field, here are introductions to a few interesting contemporary composers in the hope that you’ll dive in with hears wide open:

The grandfather of contemporary music in Aotearoa, Douglas Lilburn (1915-2001) had a long and storied career, writing string quartets and symphonies in the 1940s and 50s and eventually closing his career with cutting edge electroacoustic music. A friend of Allen Curnow, Rita Angus and Alistair Te Ariki Campbell, Lilburn was, like these other artists, fascinated with the idea of art and music that didn’t just imitate European ideals but represented the landscape and culture of Aotearoa. His ideas about this are explained eloquently in these two essays and his full life can be explored in Philip Norman’s biography. I would highly recommend checking out his electroacoustic works as a way of exploring how he struggled to hear our whenua in his music. 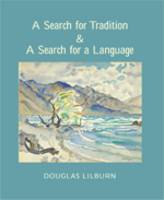 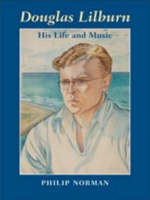 An Ōtautahi local, John Cousins (b.1943) presented in his early career some of the more uncompromising performance art seen in Aotearoa (one infamous installation, Membrane (1984), created a soundwork live from his own bodily fluids). Cousins has now settled into a productive late career of largely electroacoustic works, many developed for his specialised multisensory home studio. Cousins has written on his own work and some of his classic works feature on two excellent albums of electronic music from Aotearoa, New Directions in New Zealand Music and New Zealand Electronic Music. 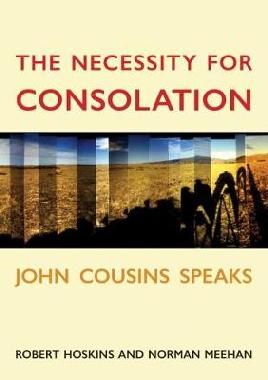 I have had the great joy of singing several of Jenny McLeod’s (b.1941) gorgeous choral works. Having studied with Stockhausen and Berio in Europe, McLeod’s work spans children’s musicals, rock music, devotional music, choral works and, most famously, Tone Clock compositions. While Tone Clock composition might be quite academic, her choral music is a definite crowd pleaser and her poetry is also well worth checking out. 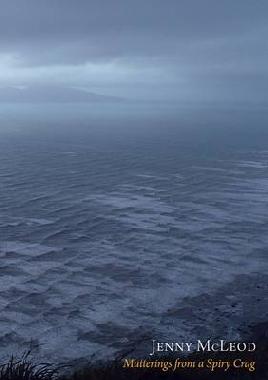 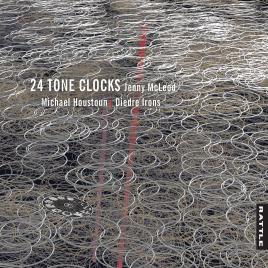 Though Annea Lockwood (b.1939) has spent most of her career overseas, her influence here is still strong, with her pieces featuring regularly in concerts in Aotearoa. Lockwood, a native of Ōtautahi, still has the Waimakariri in her blood, having created a number of large scale works based on field recordings and the structures of rivers. Otherwise, her long career features works for glass, anti-war oratorios, and dance soundtracks featuring water insects. Her highly developed approach to listening is explored in an excellent recent film. We have also have her work on this great collection of wāhine composers (along with McLeod and Whitehead).

Like Lockwood, artist and composer Phil Dadson left Aotearoa in the 1960s for London, but after immersing himself in work with Cornelius Cardew and others, he returned home (the story of why is explained in The skin of years by Jim Allen) and he has since built a varied career exploring sound in a plethora of ways. An inveterate traveller and experimenter, Dadson regularly presents video art, improvised music and sound sculptures, often in some wild places, like The Kermadecs.  He has also written about sound, including his continuing Sound Stories and his fantastic From Scratch Workbook detailing exercises derived from his most famous musical group. 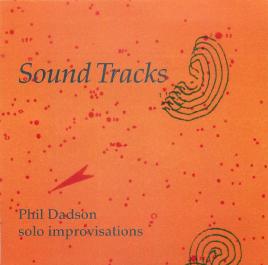 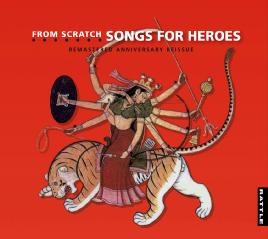 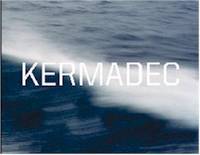 Dame Gillian Karawe Whitehead (Ngāi te Rangi) (b.1941) provides a bridging point between the Pākehā composers so far discussed and the Māori Kaitito I’ll discuss next. Beginning with a classical education in music, working in Europe and Australia for decades, Whitehead returned to Aotearoa in the late 90s and went on to write the first works of Western classical music to include taonga pūoro, traditional Māori instruments (her full life story is explored in Noel Sanders’ biography). She is well known for her subtle blending of te ao Māori and te ao Pākehā in her music and set high standards for composers following this kaupapa. An excellent introduction to her music is Shadows Crossing Water and Arapātaki. 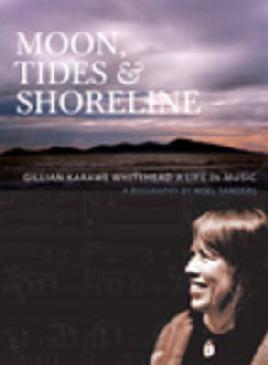 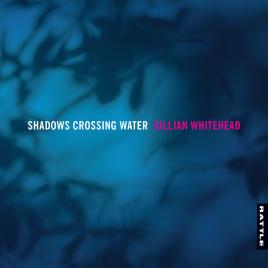 Hirini Melbourne (Ngāi Tūhoe, Ngāti Kahungunu) (1949 - 2003) also began as a teacher. While he is well known for his involvement with Nunns and reviving taonga pūoro, his waiata are still widely performed. These titonga reflect traditional and contemporary issues, drawing on whakataukī as much as protest songs. As well as the classic Te Ku te Whe (remixed in 2006 as Te Whaiao), Melbourne released a number of important albums, particularly Toiapiapi and Te Hekenga-ā-Rangi, and published books for children on music and te reo Māori. His legacy is evident on He Rangi Paihuarere, a tribute to his work by younger Māori musicians. 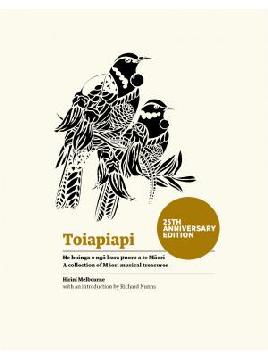 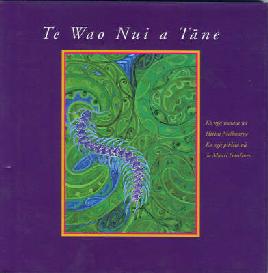 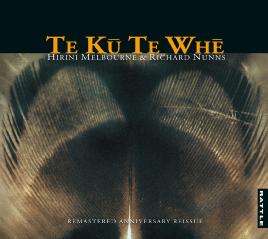 Kaitito, singer and actor, Whirimako Black (Ngāti Tuhoe, Ngāti Tūwharetoa, Ngāti Ranginui, Te Whakatōhea, Te Whānau-ā-Apanui) (b.1961) is a force in Aotearoa music and a fierce advocate for her people. With a storied career covering solo recordings, local and international collaborations, film and television compositions and the New Zealand Order of Merit, Black is confident working with taonga pūoro, jazz musicians or symphony orchestras. Her many albums in Te Reo Māori have scooped most available awards. Good introductions are Live at the Holy Trinity Cathedral, Whirimako Black Sings and her beautiful first album, Hinepukohurangi: Shrouded in the Mist.

Ariana Tikao (Kāi Tahu) (b.1971) recently performed at Tūranga as part of WORD 2022, allowing us to welcome home a local artist. Tikao’s work spans a range of fields, including composition, taonga pūoro, video art, and soundtracks, but throughout she explores her identity as a Kāi Tahu wāhine (and wins numerous awards). You can hear her, with co-composer Philip Brownlee, discussing Whitehead’s ground-breaking Hine-pū-te-hue. Her beautiful 2011 earthquake inspired album is here. She features on the soundtrack to Haere Mārire: Seven Rivers Walking. Her recent climate change driven video art is discussed in the excellent Māori Moving Image and her new book, Mokorua: Ngā Kōrero Mō Tōku Moko Kauae discusses her journey to take on Mokorua - her moko kauae, traditional facial tattoo. 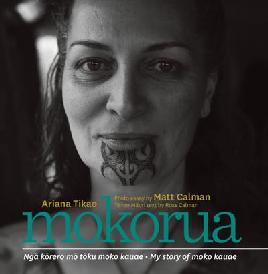 Poet, music therapist, cellist, taonga pūoro practitioner and astute writer on indigenous issues, Ruby May Hinepunui Solly (Kāi Tahu, Kāti Māmoe, Waitaha) (b.1996) leads the way for a new generation of Māori musicians. A regular collaborator with Tikao, they discuss taonga pūoro in season two of the excellent He Kākano Ahau. You can also catch up on Solly’s varied young career in Kāi Tahu magazine, Te Karaka (full issues are available). Try her poetry in Tōku Pāpā and No Other Place to Stand. 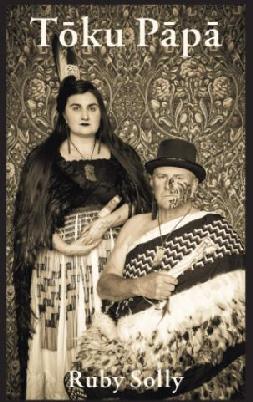 As Whitehead bridges the largely Pākehā world of contemporary classical music with Māori pūoro, so Richard Nunns (1945-2021) was a musician who straddled both worlds. He was a key figure, along with Hirini Melbourne (below) and carver Brian Flintoff, in the revival of taonga pūoro traditions. A Pākehā jazz musician and teacher, Nunns immersed himself over many decades in te ao Māori, travelling the country visiting marae and kaumātua to piece together an almost lost art form, eventually becoming a highly respected expert whose music can be heard all over our cultural landscape. He details his journey in Te Ara Puoro. He has collaborated widely, working with musicians and composers from varied backgrounds, but some of his finest work can be heard on This Appearing World, with Whirimako Black on Te More, and with Hirini Melbourne on Te Kū te Whē. 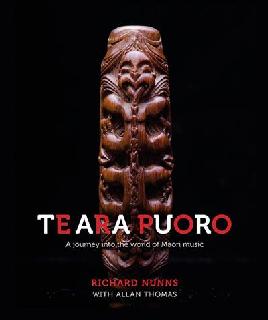 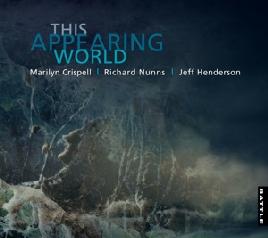 Final mention goes to the small but internationally influential experimental music scene of Aotearoa. This community has no award section available at the Silver Scrolls, nor any other music awards in New Zealand.

Someone like Ōtautahi local Bruce Russell (b.1960) is arguably one of the more influential Aotearoa musicians of the last half century, whose music and writing is well known from Los Angeles to Oslo to Tokyo. His band, The Dead C, are legendary pioneers in free noise, and his writings are ground-breaking in understanding the music he helped forge. He also edited a key book on the local experimental scene, Erewhon Calling, where you can read more about this varied scene. 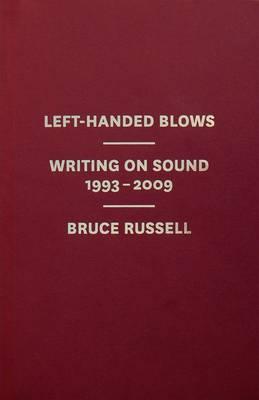 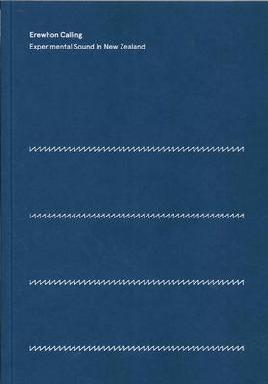 In another field, we hold two exceptional collections of Aotearoa graphic scores – music represented on the page by all manner of visual aids. Strange Terrain is a recent collection and for the real enthusiast, ask after the classic and (nearly) impossible to find Anthology of New Zealand Graphic Scores. 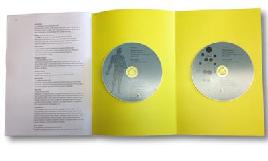 Special mention also goes to Matuku Takotako: Sumner librarian, Greg Malcolm (b.1965), who has been one of the stalwarts of the local experimental scene for decades – check out his beautifully crafted music for your ears and for your eyes.