From 4pm Saturday 26 January, visitors to our new central library, Tūranga, will be able to explore the history, landscape and names of Canterbury and Banks Peninsula through an exhibition of the Ngāi Tahu Cultural Mapping Project, Kā Huru Manu. 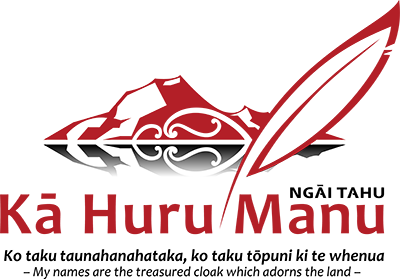 Kā Huru Manu has been an ongoing project for many years but it really came into its own with the creation of an online atlas - a web tool that lets you explore the whole of the South Island through the lens of Ngāi Tahu history and place names.

The exhibition at Tūranga will allow visitors to use the online atlas, but also touch devices will let them explore the history and stories of people associated with the physical material on display.

Key maps that were used in compiling Kā Huru Manu will be on display, and due to the generosity of Archives New Zealand and Otago University's Hocken Library, some original documents - 19th century letters and notebooks - will be on display together for the first time.

A seminar series will run throughout the duration of the exhibition. In the first seminar Tā Tipene O'Regan and the Ngāi Tahu Archive Team will be giving a public presentation on this amazing project and the history behind each map that is on display.

Pūtoi is a whānau orientated learning programme which takes place on the last Sunday of every month at Tūranga. Pūtoi provides a safe learning environment for whānau to
come together and learn. Special themed sessions are scheduled which will tie-in with Kā Huru Manu.