Christchurch City Libraries celebrates NZ Music Month during May every year. Find out more about this month-long celebration, and our music resources. 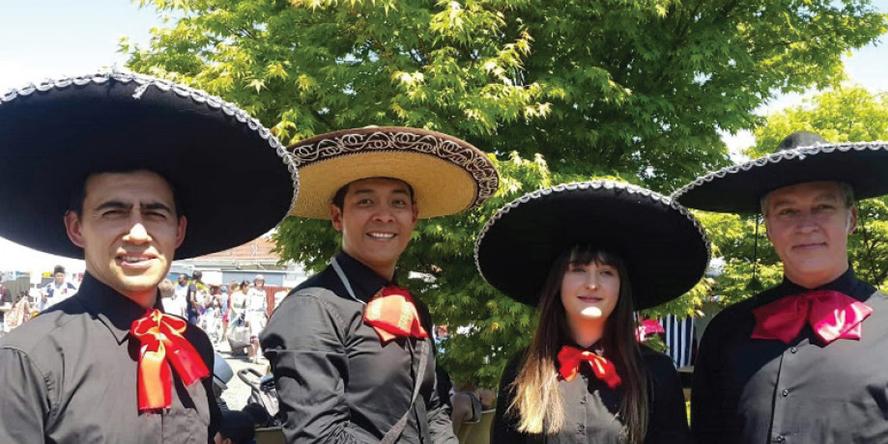 It's NZ Music Month and it's an international celebration! Find out more about this month-long celebration, and explore our music resources. 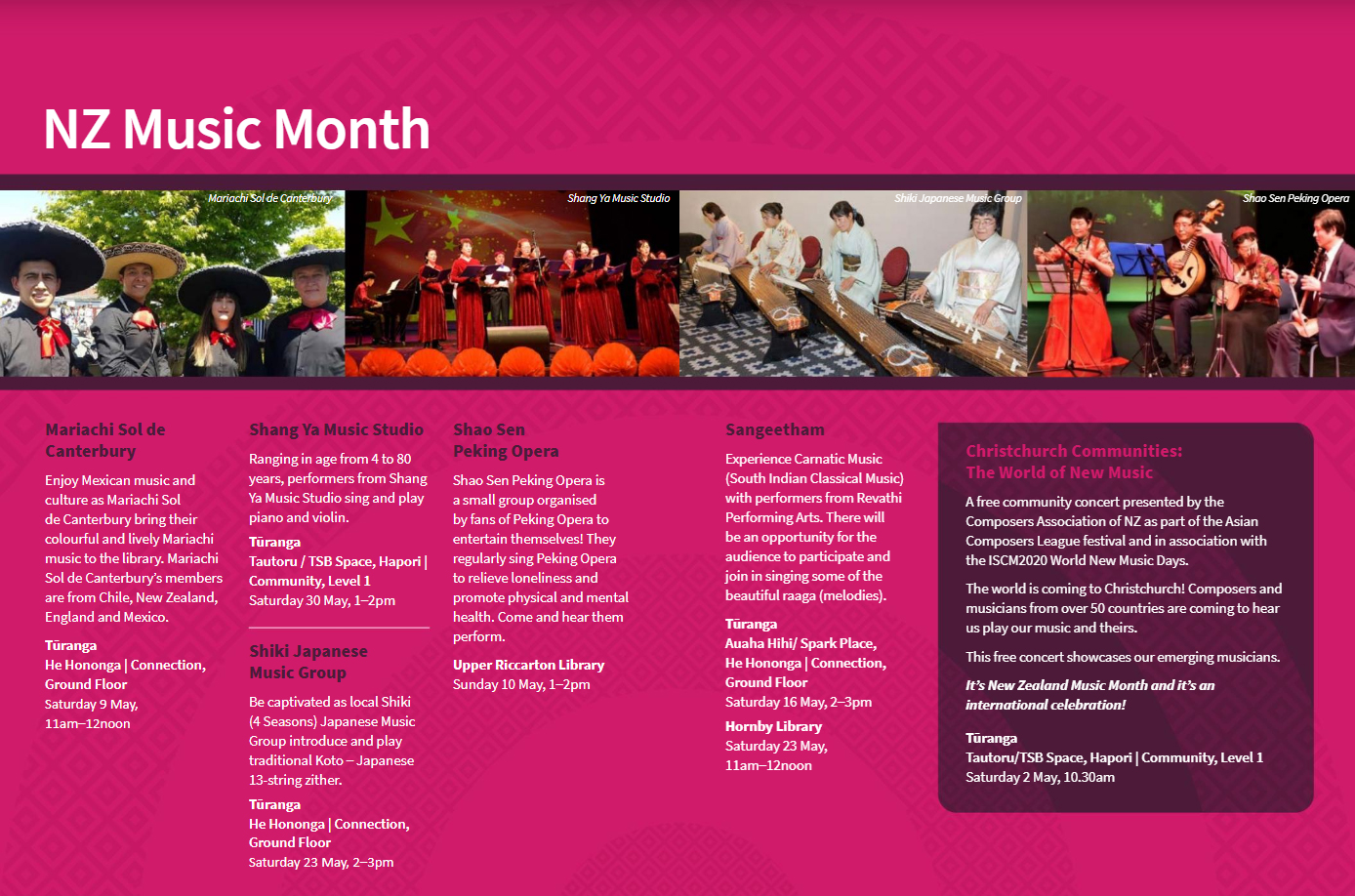 Listen online, research, or make music of your own at the library.

NZ Music Month was first celebrated in 2001. That May, only 6 per cent of album sales for the month were by New Zealand acts. Aiming to boost homegrown music, the initiative gave the media a chance to showcase local talent.

After five years of NZ Music Month, homegrown acts made up 29 per cent of albums sold, and there was similar increase in radio airplay. In the last couple of years, the month has started to become a truly national celebration, with the public encouraged to show their support through attending events, buying music and wearing the T-shirt.

NZ Music Month is a partnership between the NZ Music Commission and a number of other organisations including songwriters’ association APRA, Independent Music NZ, NZ On Air, the Radio Broadcasters Association and Recorded Music New Zealand.

We have music resources including CDs, tapes, LPs and DVDs as well as thousands of music scores, music magazines, and online music in eResources.

Explore our page about New Zealand music including:

See what we did in: