Sometimes it’s tough to step out of your comfort zone. We all have out preferred authors, genres and styles and it is very easy to stay in our little bubble and miss out on gems from the genres we avoid. I am very guilty of this. I generally gravitate to small, personal stories and biographies ignoring the genres of fantasy, mystery and science fiction. Especially science fiction, which often strikes me as dry, impersonal, intimidating (I was rubbish at science) and not a lot of fun.  However, we all know change is good and really, can a genre be all bad? Thinking it is about time I expanded my horizons, I decided to give New York 2140 by Kim Stanley Robertson a go and I am pleased to say I was not disappointed. 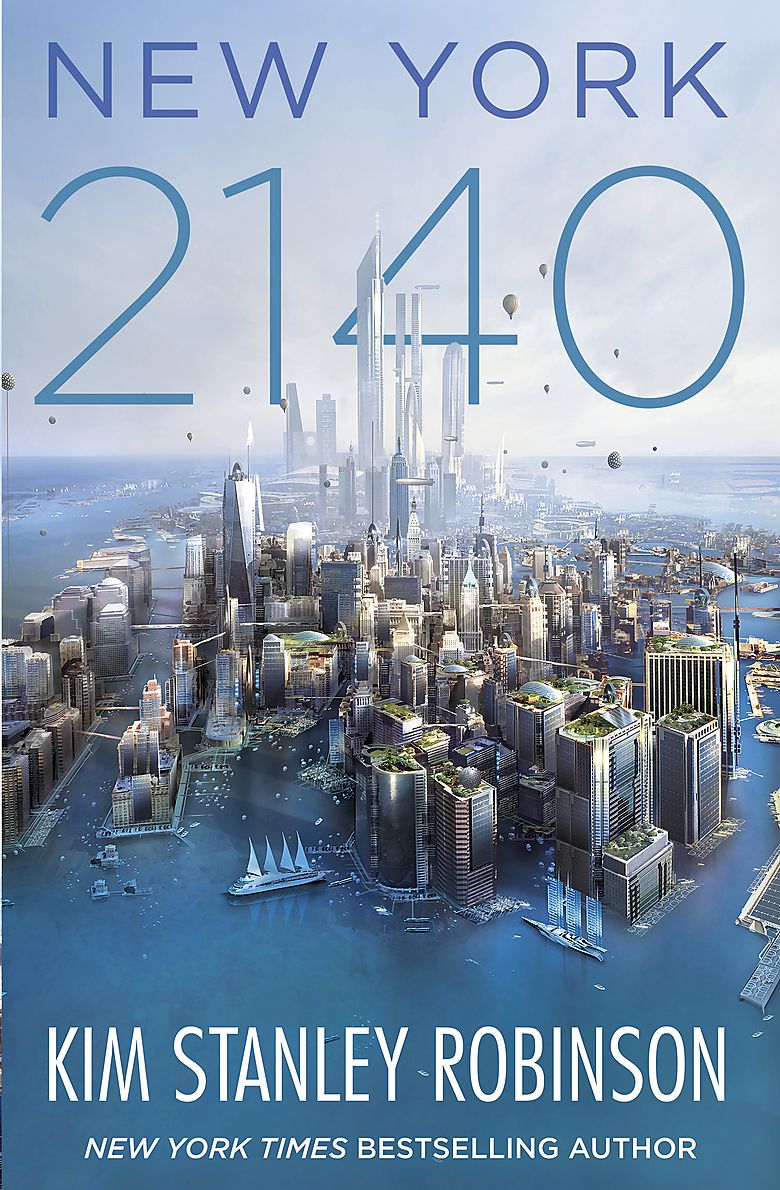 2140 takes place in New York City after climate change has radically altered the face of the planet. Sea levels have risen 50 feet killing millions in the process. 2140 looks at the lives of people living in the city that has been nicknamed “SuperVenice”. Streets have become canals and people travel in skywalks between high rise buildings or ride the streets on boats or jetskis.

2140 weaves together the lives of the residents of Met Life Tower, to bring to life a city that is both post-apocalyptic and rather utopian. The lives of all these characters eventually tell a story that warns the reader of the dangers of environmental and political inaction. Aside from the obvious references to our response (or lack thereof) to climate change the book draws parallels to the world’s recent financial crisis’s and the problems of unchecked capitalism.

The detail in 2140 is extraordinary with the imagined histories of the future New York, its people and its infrastructure exhaustively and lovingly laid out by an anonymous narrator throughout the book. It's the kind of obsessive detail and back story that is so often found in sci-fi that I often find hard to take and that some readers might find a bit of a slog to get through. In this case, for me, it all added to the realism and drew me further into the story.

2140 is an engaging and thought-provoking book filled with big ideas and big messages. It’s both a dire warning of what might happen if the world does not act quickly to curb climate change and a hopeful vision of humanity adapting and thriving even after the worst has happened. If you are a sci-fi fan you should absolutely read it, if like me you are generally not a sci-fi reader, give it a go. The story is compelling and the characters relatable, relevant and most of all, human. No science degree required.