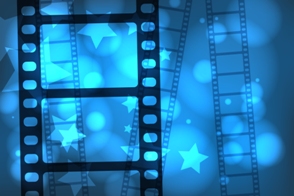 I have just completed the second series of the Danish television drama The Legacy. The Legacy tells the story of four adult siblings dealing with the repercussions of their mother’s death. Their mother was no ordinary woman. She was an internationally renowned artist who let her children to lead chaotic lives and this has continued to impact them in adulthood. It is only their mother’s death that brings them all back together. If you add a love child, adultery, fraud, drug abuse and suicide to an already fraught situation what you have is addictive viewing.

Then there is another personal favourite Borgen. A political drama series about Birgitte Nyborg the fictional first female Prime Minister of Denmark. A political drama that is riveting? Believe it. After watching all three series, you will never look at politicians or political announcements the same again. This series takes you behind the scenes - to the spin doctors, the compromises that have to be made and the destruction such exposure can have on your family and ideals. This is not dry, predictable drama. When you see Nyborg struggle to get into a skirt due to recent weight gain, you fall a little in love with her vulnerability and then you cheer her on as she tries to convince other political parties to form a coalition government. She is magnificent.

I can also recommend The Bridge. This crime drama begins with a body that has been cut in half and placed precisely on the border between Denmark and Sweden. This results in the cooperation between two unique detectives, Saga Norén, from Sweden, and Martin Rohde, from Denmark. Again there are no predictable plots here, and much of the drama comes from the interactions of the lead characters. You have Martin with his troubled private life, and Saga who has difficulty in social situations due to an unspecified almost Asperger-like condition. Together they make for fantastic viewing.

So what is it about Scandinavian drama? Well, to me it is about the quality of the acting and the unpredictability of the storylines. Combine that with relatable characters and strong female leads and I am won over - despite subtitles.

If you are looking for an evening more interesting and entertaining than another cooking or DIY TV show, then you need to get your hands on these DVDs. A friend of mine told me she hates subtitles as she didn’t come home after a hard day at work to “read the TV”, but I have even managed to convert her! Are you next?