Last Friday I was invited to the Aranui High School Music Block as the "library representative" to BRAVE- Daisy Poetry Promenade and her very special guests. Being the uncultured and not very creative heathen that I am, I wasn't in the slightest prepared for this mind-blowing space collaboration of Samoan heritage, arts, music, and the poetry of Daisy herself. Just to put things into perspective, I know Daisy in a rugby-sense, that power that she exudes so effortlessly on the rugby field is ever present in her art, music, and this poetry promenade.

There were six stages in the promenade, our group of 60-odd was split into two groups and as we passed each other from stage to stage you could sense both the anticipation of the next space and excitement fizzing over from the last visited space.

In the first space: Vasa (vasa is the Samoan word for sea or open ocean) - Daisy's family took centre stage with husband Seta Timo picking a traditional Samoan hymn on the double bass, followed by daughter Hadassah - all of seven years old - relating her experience as a second-generation NZ born Samoan in the poem "I am a teine Samoa." Daisy and Hadassah spoke of the fibres of their lives being interwoven like a fine mat, this for me, was the perfect analogy of the richness and beauty of the whole performance.

The different stages wove the strands of Daisy and her life thus far, showcasing the musical Pasifika talents of Christchurch including DJ Infared - fresh off an international DJ tour, Christchurch's premier session band - The Judah Band, Nathan Phillips, Zion Tauamiti, and some massive gospel talent with Lady Julz representing South Auckland. Each stage was threaded together by Daisy's poetry, and there was also an emergence of new poetic talent incorporated in Annabel Ariki and Maddie Mills of Cashmere High School.

The integration of the Samoan culture was something to behold, captured by Joseph O'Sullivan and John Ross. O'Sullivan and Ross emboldened some of Christchurch's pe'a, malofie (pe'a or malofie is the Samoan tatau - tattoo - for men) and malu (Samoan tatau for women wearers - including Daisy) to tell the tales of their tatau through videography and photography. The moving full-length contents of these interviews and some of the images will eventually be gifted to high schools in Christchurch to include in their Samoan Language curriculum.

In parallel to Daisy's oratory capabilities, the last stage was a re-enactment of a si'i alofa, which is a gift giving ritual that takes place at a wedding or funeral. The si'i alofa is usually a place where the chiefly Samoan language is spoken, they speak poetically and in metaphors and make reference to history, myths and legends, and the natural world. Like the si'i alofa, in the words of Daisy herself, at the centre of it all is love.

This collaborative space project was enabled largely through the love of many people; people that share a love for the arts, Samoan culture and ultimately the drive, vision and love of one woman, Daisy Lavea-Timo who is well beyond Brave. This show is one that will no doubt be shared on all creative platforms and stages not just here in Christchurch but further afield. 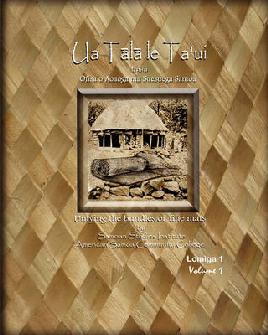