If George R. R. Martin's Westeros of the Game of Thrones series is a magical take on an historical Britain, then the world of Stephanie Garber's Caraval is a similarly fantastical Italy.

The story starts on a sun-soaked isle, the home of heroine Scarlett Dragna and her sister Donatella, but inevitably progresses to the home of Caraval, where potions, wishes and magic are real and wind through it like its twisting canals (making it suggestive of an imaginary, fairy tale Venice). 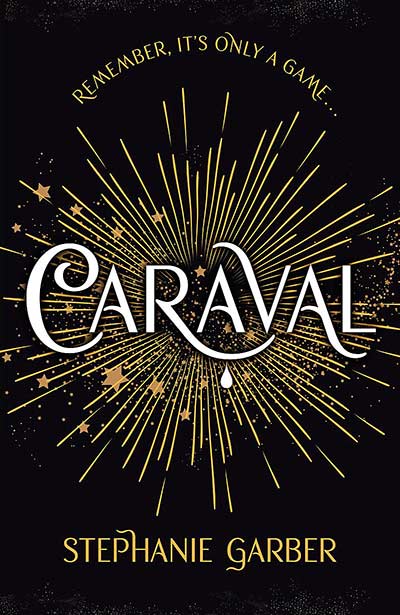 Scarlett and Tella are the daughters of the local governor, a murderous, manipulative brute from whom both sisters would love to escape. Scarlett, the elder cautious sister, hopes to do just that via an arranged marriage... but Tella has other, somewhat more adventurous ideas, involving a trip to the mysterious, magical game of Caraval.

The game is like a murder mystery dinner, but one that takes place over 5 days, involves a whole town as the set, and is infused with magic. It's all just a game and nothing is real... but Scarlett, who is drawn into the game by her sister and is forced to hunt for her when she is abducted, comes to believe otherwise.

But there's also character progression as the reader watches Scarlett discover her self-worth over the course of the book, starting out as a fearful, somewhat downtrodden character but eventually, through love for her sister and dogged determination, finding strength and confidence in her own choices.

As far as mysteries go, this one kept me guessing (and most of my guesses were wrong). The story is a bit slow to start, and if you look too closely you'll start to find plot holes, but that said once the main characters are in the game, the pacing is such that it's a diverting, page-turning ride to the dramatic conclusion.

Though, be warned, a couple of intriguing plot points are left deliberately open, suggesting a sequel may be in the works...