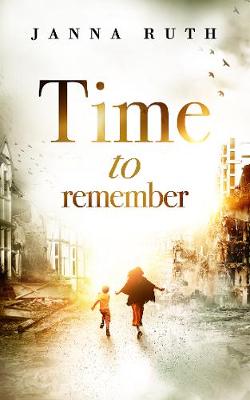 Everyone has a story: Time to Remember

There are two questions that, upon meeting people in other regions, Cantabrians get asked. The first is the tedious question of where you went to school (which then can lead to a series of ‘do you know such-and-such’ in which there is a 99% chance that you do not know the person in question, and if at some point you did, your brain had no reason to keep this information). The second, spoken in a more reverent tone: “Where were you when it happened?”

Everyone who lived in Christchurch on the 22nd of February 2011 has a story. It is around this idea that the novel Time to Remember centres itself.

Our protagonist Natalie and her friends were only 10 years old when the earthquakes hit. A decade later, Natalie returns to her hometown where she is now a student at the University of Canterbury. Working alongside her boyfriend Aidan at the student magazine Canta, Natalie devises a plan to collate the earthquake stories of her peers to mark the quake’s 10 year anniversary. There’s just one problem: Aidan’s friend and fellow Canta team member Josh is strongly opposed to the editorial and will do anything to thwart Natalie’s efforts.

Reading this novel feels like settling into an old, worn-out couch with a comfy blanket and a mug of hot chocolate. It feels like returning to your childhood bedroom and the comfort and nostalgia that comes with it. Christchurch readers will appreciate the distinctly local touch that can only come with an author who has a genuine knowledge of the area and the lived experience of the Canterbury quakes. References to Captain Ben’s fish-n-chip shop, the Avon River, and UC’s $3 rice are among the many little details that anchor the story so definitively in our beloved city. Also recognisable are the behavioural details, like the nonchalant (and alarmingly accurate) guesses of the Richter scale measurement of an aftershock.

Aside from dealing delicately yet honestly with the ongoing effects of the earthquakes, author Janna Ruth captures the university student experience so well. The debacle of trying to find a suitable flatmate, student parties and MONO, and the highs and lows of relationships all add to the authenticity of the characters’ experiences - and had me missing my own uni squad.

Even though the story is based in the present day, from the first page I could not help but imagine the indoors scenes inside the house in which I lived in 2011, a fact which took me by surprise but also added to the sense of familiarity I felt from the book. In my mind’s eye, Natalie and her friends worked on editions of Canta on the same dining room table that was my shelter through many aftershocks.

In little ways like this, Time to Remember acts almost as a gentle, soothing sort of therapy - an opportunity to think of our own experiences, to grieve for what we lost, and to reflect on the strength and community we developed. It’s an opportunity to remember the 185 people who lost their lives, the hundreds more who lost family and homes, and the hundreds of thousands of us who lost a sense of safety in our own homes and trust in the ground we walk on. On the 22nd of February it was more than the tectonic plates that shifted, it was our world view, too.

It’s funny the things your body learns. Some of us still cringe walking under chandeliers, or shake our heads at bookshelves placed too close to the bed, or feel our muscles tense when a truck rolls past. But we’ve grown and continue to do so with the support of our whānau, our friends and our community -- and this is what Janna Ruth so eloquently captures. At the end of the day, we have love. Whatever comes our way, be it earthquakes, a terrorist attack or a pandemic, Cantabrians know to band together, to be generous in extending our aroha, to move forward as one. And we know to remember.

Kia whakatōmuri te haere whakamua.
I walk backwards into the future with my eyes fixed on my past.