The Chinese language has a reputation for being one of the most difficult languages in the world to master. If you have learned Chinese, you can literally talk to nearly 1.2 billion people, which is around 16% of the world’s population.

To prepare you for New Zealand Chinese Language Week (12-18 September), I thought these words and phrases might guide you into the wonderful and rather complex world of Mandarin Chinese.

About the Chinese language 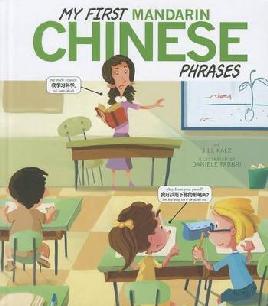 Pinyin is the official phonetic system for transcribing the Mandarin pronunciations of Chinese characters into the Latin alphabet.

Traditional and Simplified Chinese refer to the written text of Chinese characters. Traditional characters, as the name suggests, had traditionally been used for many years since ancient China. Nowadays they are most commonly used in Taiwan, Hong Kong and Macau.

Simplified characters evolved and were adopted after the establishment of today’s P. R. China in 1949, so you could call it a relatively “modern form”.  They are mainly used in mainland China, Singapore and Malaysia. Here is a quick comparisons of both forms:

The debate on the use of traditional and simplified Chinese characters is ongoing. Supporters from both sides would argue over the political and cultural implications, as well as practicality and personal preferences.

There are a number of Chinese-themed events taking place at our libraries during New Zealand Chinese Language Week, including bilingual storytimes, a tai chi demonstration and fun craft activities.