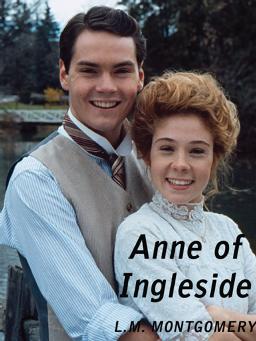 If you were a teenage girl during the 1980s and watched television then you were probably enraptured with the Anne of Green Gables TV series based on the novels of L. M. Montgomery. And there's a good chance you were smitten with Anne Shirley's regular tormentor/rescuer/romantic interest Gilbert Blythe.

It is with a sad heart that I learned yesterday that the actor who played Gilbert in the various Anne of Green Gables TV series', Jonathan Crombie, died suddenly from a brain hemorrhage at the age of 48.

Born in Toronto, Canada, Crombie was the son of a former mayor of the city, Dave Crombie, and by strange coincidence his mother's names were "Shirley Ann".

Though he worked regularly in television, Gilbert Blythe was by far his most famous role and according to his sister, fans who recognised him on the street would often refer to him as "Gil".

If this news leaves you in "the depths of despair" and in need of a "Jonathan Crombie Commemorative Screening" we have DVDs of the following Avonlea-based TV series featuring Prince Edward Island's resident dreamboat, Gilbert.