On Sunday 22 February 2015, it will be four years since the 6.3 earthquake in Christchurch and the loss of 185 people. To commemorate this sad day, there will be a Civic Memorial Service for the community of Christchurch on the Archery Lawn at the Christchurch Botanic Gardens at noon. This is a public event. A live stream will be shown on the Council's website for those who cannot attend.

Also, on Sunday 22 February 2015, the River of Flowers commemoration is being held again allowing you to share your experiences and hopes for the future. River of Flower sites will be set up along the Avon and Heathcote rivers, and at the estuary. The sites are open from 8am to 8pm, and hosted by local community groups between 12.30-1.30pm. Throughout the day people will be able to throw flowers into a waterway and write messages on a Tree of Hope. At 12:51 two minutes' silence will be held.

As in previous years, artist Henry Sunderland is spearheading a Facebook campaign encouraging people to place flowers in roadcones to commemorate the quakes and as a wish for a bright future.

The Run to Remember, a 10km fun run and walk to honour those who lost their lives during the earthquake, will take place starting at 9am from Victoria Park in the Port Hills and finishing at Hansen Park in Opawa. A memorial service will be held at the end of the event.

In High Street, C1 Espresso cafe will be opening their rooftop garden, opens a new window. They welcome anyone who wishes to take a quiet moment and check out progress from up on top of the High Street post office.

Six short-listed designs for the Canterbury Earthquake Memorial were made public on 17 February. You are invited to give your feedback.

There will be more commemorative events in the community, and we will add information as we find it. Please let us know if you have any details. 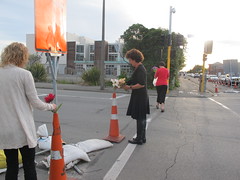 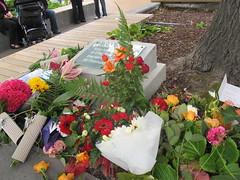 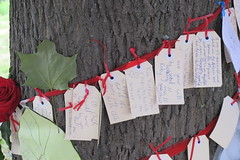 One way of coping is by recounting your experience. Here are some ways you can do that:

Flowers left under the Peace Bell at the Christchurch Botanic Gardens in commemoration of the anniversary of the 22 February 2011 earthquake. Flickr: CCL-2014-02-22-22February2014 DSC_1215 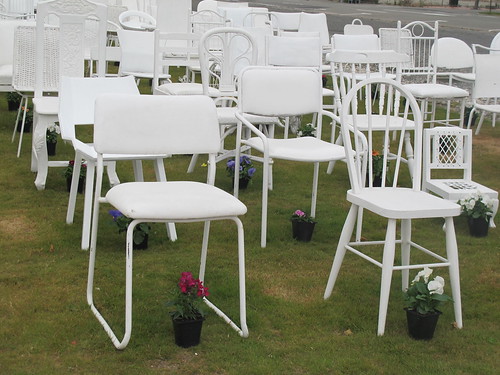 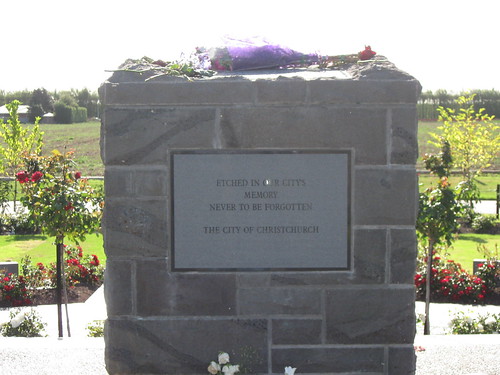 Waiho i te toipoto ... Kaua i te toiroa.
Let us keep close together ... Not wide apart.