An evening with Liane Moriarty is relaxing and joyful! 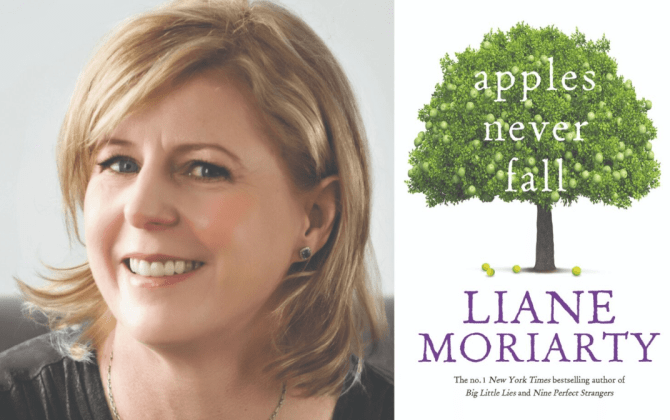 In a form of conversation, Liane shared her life, writing process, and experience in interacting with readers with passion and amusement. For Liane, the journey of becoming an internally best-selling author is smooth with some interesting events. She grew up in a family with parents who were good at story-telling and three siblings who eventually became writers. She shared her experiences of hearing from her sister about her first publication, writing a children's book which was 'enthusiastically' rejected by all publishers, and becoming a well-behaved Master's student who always aimed to be the best. After all the interesting events, Liane's first novel Three Wishes was accepted immediately by a publisher. Then, her fifth novel The Husband's Secret became a best-seller, which is regarded as her breakout book.

The perfect warm up ahead of WORD which officially kicks off on Wednesday, ‘An Evening with Liane Moriarty with Morrin Rout was a packed-out delight last night. Warm & hilarious, Liane generously shared insights into her writing process, writer’s self doubt & career. #WordChch pic.twitter.com/glRIV1PyI3

How does Liane approach writing? It is fascinating to learn that Liane actually writes a novel without a plan for what is going to happen. According to her, it is a fun way of writing. She elaborated onthis with an example drawn from writing her latest book, Apples Never Fall. At the beginning of the writing process, she had a hypothesis that the wife went missing and the husband and four adult children had to deal with the terrible possibilities. However, she did not know whether the husband was innocent or guilty. Similarly, Liane normally creates a character by starting with two attributes drawn from people she knows and then develops the character as the story goes on.

When talking about difficulties caused by pandemics in participating in literature events, Liane commented,

I realised that I really missed meeting readers. This is a part for me - just think of the lovely things people say to me over the years. My books cover different topics so there are special moments talking to people. This is important to me.

Huge crowd for Liane Moriarty at the first @WORDChCh event! Her husband became very supportive when he learned that Marian Keyes bought HER husband a Mazarati (sp?). She makes up her books as she goes along… pic.twitter.com/iYTe4MqiR2

As a novelist, Liane is concerned with how to make a balance between writing a story that entertains readers and writing a story about serious subjects such as domestic violence. While talking about how much research is involved to understand a topic, Liane referred to the topic of competitive tennis in Apples Never Fall. She explained how attending a tennis lesson and talking to a tennis coach helped her make a decision on using competitive tennis as a driving force and metaphor in the story.

Moving on to talking about keeping the momentum of writing, Liane said,

Writing really does give me joy. This is why I call one of the characters of Apples Never Fall Joy.

Two of Liane's novels, Big Little Lies and Nine Perfect Strangers, have been adapted into TV series and gained several Emmy and Golden Globe Awards. Being asked about being involved in the TV adaptation of her work, Liane expressed her love of the process of re-writing the screenplay for the TV series Big Little Lies. She accepted that readers and actors have their own imaginations and build their own characters drawn from their experiences.

The question-and-answer period was interactive and joyful. Questions ranged from the writing process and character development to Liane's favourite books. The audience burst out laughing from time to time.

Morrin concluded the event by thanking Liane for her generosity in sharing with the audience on her life and work. Finally, the audience eagerly made their way to purchase Liane's latest book and get it signed by the author.

What a wonderful evening with Liane Moriarty! Here is a list of her novels for you if you have missed this event.