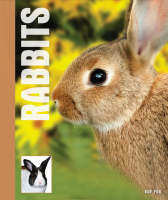 Rabbits were brought into New Zealand to provide game for sportsmen to hunt, for food, and to remind the British settlers of home. They probably came into the country from New South Wales in Australia, almost certainly before 1838, although the exact date is not known. Rabbits were present in Southland by the early 1840s, and breeding pairs were available for sale in 1842.

Rabbits were ideally suited to the short dry grass of Central Otago and South Canterbury. It took some time for them to adapt to life in the wild and breed successfully, and were not seen as an ecological threat until the 1870s. They were still being introduced by the Otago Acclimatisation Society as late as 1868. By the 1880s rabbit numbers had increased dramatically in Otago and Canterbury, and had reached plague proportions in the Wairarapa in the North Island by the 1890s.

A flourishing fur trade had built up, based mostly in the South Island. By 1894 more than 17 million skins had been exported. Later, trade in canned and frozen rabbit meat also prospered.

Although the rabbit industry was doing well, the effects of the high rabbit numbers on the land were disastrous. Rabbits grazed the hillsides, stripping them of their covering and leaving no vegetation to hold the soil when there were heavy rains in winter, and causing extensive erosion of the land. They also competed with sheep for the remaining pasture (a dozen rabbits eat as much as one sheep). Many farmers who had overstocked their land lost many of their sheep to starvation as the rabbits spread. Some high country stations became uneconomic and farmers walked off the land, leaving them to be taken over by the government.

It was believed that rabbits had done so well in New Zealand because there were no natural predators or enemies for them here. Ferrets, weasels and stoats were introduced in the 1880s to try and change this, but unfortunately they preyed on the native bird life as well as the rabbits. Cats were also released into the high country to prey on the young rabbits, again with disastrous effects on the native wildlife.

In 1938 district rabbit boards were set up with the object of killing rabbits all year round, and not just for the fur and meat trade. The rabbit industry was deliberately run down so that people would no longer benefit financially from high rabbit numbers. The district rabbit boards were removed during economic reforms in the 1980s which saw the responsibility for rabbit control put on to the farmers. This meant that farmers would have to pay themselves to exterminate rabbits on their land. There followed an increase in rabbit populations on the larger South Island sheep stations, and pressure was put on the government to control the rabbit problem by the deliberate introduction of the disease, myxomatosis. Many people objected to this idea.

In the 1990s there was a strong call from South Island farmers in particular to introduce RCD (rabbit calicivirus disease). In 1997 after official approval to introduce RCD had been denied because of uncertainty about its long-term effectiveness and its possible impact on wildlife, a group of farmers smuggled the virus in and released it on their farms. (RCD has now been renamed RHD - Rabbit Haemorrhagic Disease). It was also released in the North Island, and its spread throughout New Zealand was later approved by the government.There has been some success in containing rabbit numbers, but new generations of rabbits may gain immunity to the disease. However there is a danger that with reduced numbers of rabbits, their predators (ferrets, stoats, wild cats) may be more dependent on native animals as a source of food.