The World Science Fiction Convention* that was hosting the Hugo Award ceremony has finished, the results are in and this year’s Hugo Award winners have been announced.

Women dominated this year’s Hugo Awards in what has turned out to be a great year for women in science fiction and fantasy; a genre, that it is fair to say, has been dominated historically by men.

So without further ado, here are the winners of this year’s Hugo Awards. 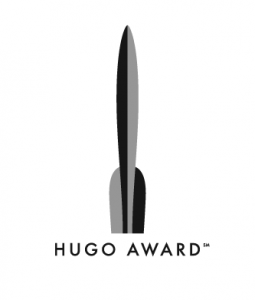 This year’s Hugo Award for best novel goes to Book three of The Broken Earth Trilogy by N.K. Jemisin. Books one and two, The Fifth Season and The Obelisk Gate respectively, are both previous winners of the award. This also makes N.K. Jemisin the first author to win three Hugo Awards for best novel in a row as well as making The Broken Earth the only trilogy in which all three novels are best novel winners (the closest to doing so previously was Kim Stanley Robinson's Mars Trilogy with two wins and a finalist position).

Essentially, this is the award for best piece of non-fiction related to the world of science fiction and fantasy and understandably, recently deceased Ursula Le Guin, now six time winner of the Hugo Award and Science Fiction royalty, is the winner of this category. 'No Time to Spare' is a collection of Le Guin’s musings on various subjects from the mundane to the philosophical.

No Time to Spare

The best graphic novel of the year is the sequel to 2017’s winner: 'Monstress Vol. 2'. Monstress is an apocalyptic steampunk fable notable for its exceptional artwork (with artist Sana Takeda also winning this year's award for Best Professional Artist) and interesting world building.

What essentially amounts to the award for best film, Wonder Woman takes the cake for its adaptation of the DC Comic hero in a film that captures the essence of this year’s Hugo Awards winners.

Winners of all categories are as follows:

Best Novelette: The Secret Life of Bots, by Suzanne Palmer

*Worldcon comes to New Zealand in 2020, with Wellington having hosting duties.